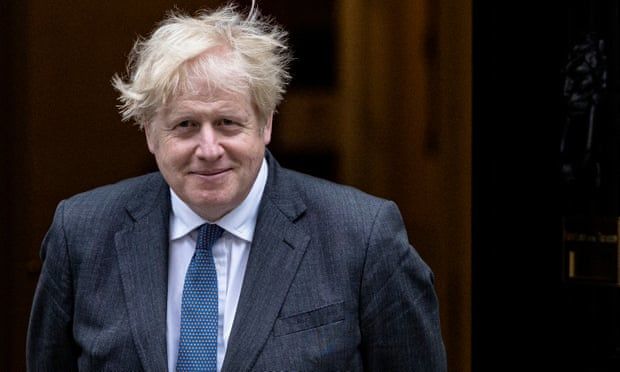 Embattled prime minister pressed to abandon top-down approach to government as difficult autumn nears
Cabinet ministers including Rishi Sunak will this week urge Boris Johnson not to keep sidelining his ministers, as officials warn of a difficult autumn ahead with pressures over hospital waiting lists, social care reform and court backlogs.

Johnson will face a tricky few days after the landslide loss in the byelection in Chesham and Amersham, a defeat that many of his own MPs put down to his controversial planning changes and which Labour will seek to exploit in a debate and vote on Monday.

He also remains under persistent attack from his former aide Dominic Cummings, who has promised a new submission on the prime minister this week and a live Q&A on Monday.

On Sunday John Bercow, the former House of Commons Speaker, revealed he had defected from the Conservatives to Labour, calling Johnson “someone who has only a nodding acquaintance with the truth in a leap year”.

Sunak is one of a number of cabinet ministers who are privately pushing Johnson to pay more heed to collective decision-making, rather than keeping all decisions in a close clique in No 10 and bringing in only the relevant secretary of state.

Another cabinet source said cabinet meetings, once arenas of combat under Theresa May, had become non-events with no debate and which key officials did not always attend. A reshuffle has long been rumoured, but the source said there was likely to now be a delay until the autumn. “Every prime minister hates reshuffles and Boris hates them more than most,” the source said.

Senior aides in No 10 believe the government is reaching the ceiling of its support in the polls and that “politics as usual” is likely to return once memories of the vaccine programme start to fade.

Johnson is said to be keen to go on the offensive with government priorities, particularly plans for infrastructure investment, though the government is facing urgent spending demands.

“It’s no secret that there are huge immediate pressures,” one senior No 10 official said. “Hospital waiting times are a huge concern, the court backlog is also looking very difficult, we’re likely to need to spend more in education at the spending review.”

Asked if that would mean a return to austerity measures in any quarters, the official said: “We never even think about using that word in here.”

Johnson, Sunak and the health secretary, Matt Hancock, will hold a summit on Tuesday to discuss progress on proposals for social care reform, with the ambition to have an announcement ready for the summer, though sources stressed it was not a “decision-making meeting”.

Allies of Hancock said the health secretary was pressing hard for a decision. “His view is that this is something we have promised to people, we have to get on with it as soon as possible,” one said.

Johnson is said to be in favour of a settlement similar to that put forward by the economist Andrew Dilnot in 2010: a lifetime cap on social care costs, set at around £25,000-£50,000. It also proposes that individuals in residential care can have up to £100,000 in assets before the state steps in, up from the current limit of £23,250.

Sunak is said to be concerned about the high costs of that proposal, especially with higher than expected inflation rates. A Treasury source said Sunak thinks the scheme would be costly and that costs would only grow, and that there was some scepticism about the fairness of the Dilnot proposals, which were more likely to benefit richer pensioners.

“We are not against doing what is expensive, but we have to make the sums add up,” the source said. Sunak has made it clear he opposes any income tax rises in the aftermath of the pandemic, which he believes would hit families too hard.

Johnson’s spokesperson denied a major rift between the pair, first reported in the Sunday Times, saying they “have been in lockstep throughout the most challenging period any government has faced since the second world war”.

Among measures Sunak is considering using to rein in spending is a one-year moratorium on the link between pensions and wages, which would result in a near 6% rise in pension contributions costing workers £4bn more, the Sunday Times said. Sunak has said he is committed to the current policy.

No 10 issued a statement on Sunday saying the government was “committed to the pensions triple lock … There is still significant uncertainty around the trajectory of average earnings and whether there will be a spike as forecasted.” A Treasury source said there remained considerable scepticism that the percentage rise in wage growth would continue into the review in the autumn.

Peter Fleet, the Tory candidate beaten by the Lib Dem Sarah Green in Chesham and Amersham, told his party on Sunday that Conservative voters want to see more fiscal discipline.

“They very much like and respect Rishi Sunak. And they do not expect fretful Tory backbenchers to push the chancellor into saying yes to every request for more and more public spending from the benches opposite,” he wrote in the Sunday Telegraph.

Conservative MPs in Lib Dem-facing seats who were spooked by the result have a new WhatsApp group, the Love Bombers, coordinated by the Harrogate MP Andrew Jones and designed to put pressure on No 10 not to ignore concerns from their areas. Those manoeuvres have similarly spooked some Conservative MPs in northern seats who hope for a definitive win in the Batley and Spen byelection as a way of persuading the prime minister not to change course.

“The fear is that [the government will] decide to swing away from red wall values towards Chesham values,” one Midlands MP said. “I’ve been making the argument for some time that in order to win Hartlepools you are going to have to do things that Chesham won’t like – reduce foreign aid, stand up against identity politics.”
#vaccine  #Boris Johnson
Add Comment