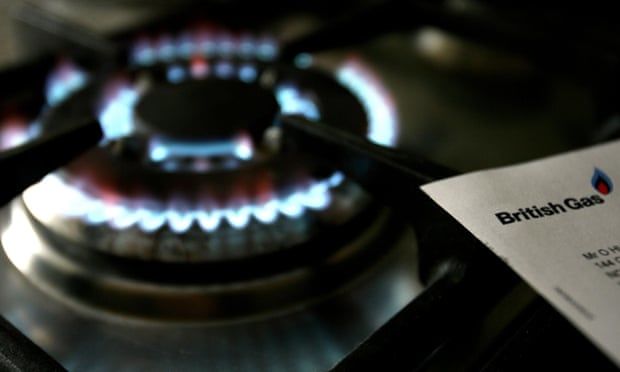 Wealthy households with big bills will be among those to benefit most from ‘very poorly targeted’ package
Government plans to cap energy bills are “poorly targeted” and will fail to protect low-income families without a package of additional support, charities and thinktanks have warned.

Liz Truss is expected to announce a package to cap average household energy bills on Thursday, alongside subsidies for small and medium-sized businesses, after concerns the increasing cost of gas and electricity is on course to push inflation towards 20% next year.

The central plank of the newly installed prime minister’s widely trailed plan is expected to be a freeze on the unit cost of gas and electricity for all households, capping the average bill at about £2,500 a year.
Last month

the regulator Ofgem said an increase in the cap would increase the average gas and electricity bill from £1,971 to £3,549 a year, before a possible increase to more than £5,000 in January.

Leading thinktanks said ministers should adopt a scheme that limited the benefit to wealthier households.

Paul Johnson, director of the Institute for Fiscal Studies, described the package as “very poorly targeted” after it emerged high earners with large energy bills would be among those to benefit most.

He said: “If this is a straightforward bill freeze then the majority of the money will go to better-off people who use more energy. So this is very poorly targeted.

The National Institute for Economic and Social Research (NIESR) has put forward a “variable price cap” to reduce energy bills for lower-income households in the UK “while higher earners, who consume more energy, would bear a commensurate share of the higher costs”.

Under the scheme, the average energy bill for the poorest consumers would come down from almost £3,000 to about £1,000 a year, the thinktank said, reducing the annual cost by 70%.

Low-income households with a large number of dependents and those living in poorly insulated homes would receive a supplementary benefit through universal credit or cash transfers, NIESR said.

An alternative price cap devised by the Resolution Foundation, based on a “social tariff”, would protect poor households that were also heavy users of energy, including those people with disabilities, the thinktank said.

The thinktank’s chief executive, Torsten Bell, said a 30% bill reduction for people on benefits would cost £15bn, “but benefit 94% of the poorest half of households”.

Peter Matejic, energy analyst at the Joseph Rowntree Foundation, said the government scheme would protect most low-income households from rising energy bills, but the bottom 20% of earners faced paying an extra £1,000 to cover the rising cost of food and other essential items.

Poor households that were also heavy users of energy would also be left with high bills, putting pressure on the government to supplement the cap, he said.

Johnson, who said the UK government could afford to borrow £100bn to tackle the cost of living crisis, complained that the universal cap undermined efforts to persuade households to use less energy. He said: “The reason that gas prices are so high is because there is less gas around and if the world doesn’t use less gas over the next year then we’re going to run out.”

Max Mosley, an economist at NIESR, said the high cost of freezing all energy bills “would place enormous pressure on public finances”. He said: “A reform to the energy price cap would be as effective in reducing the energy bills for the poorest but would likely require no further fiscal resources to fund it.”

Truss has ruled out an increase in the windfall tax on oil and gas producers beyond the £5bn already planned by the Treasury.
#Johnson
Add Comment