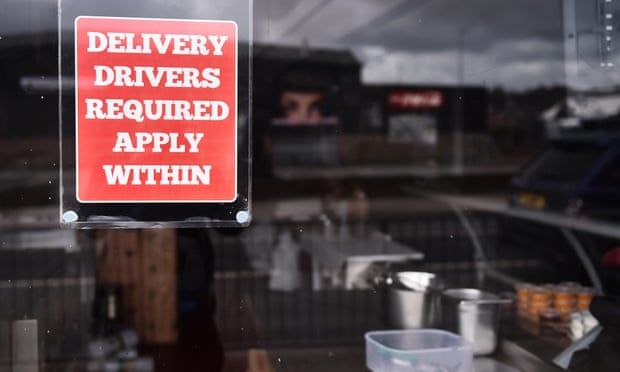 Levelling up? If anything, things are getting worse for the lowest paid in the UK

Rising job vacancies do not translate into a better lot for workers when the cost of living is so high
This should be the moment: it’s the best chance in years for a shot at the “high wage, high skill economy” that Boris Johnson promised. The ratio of job vacancies to unemployed people is at its highest since the 1960s, meaning employers are in theory competing for workers rather than the other way around. If not now, when?

Wherever you go, spot the “staff wanted” signs in shops, care agencies, minicab offices, cafes, hairdressers, on the back of buses and vans. At last, is the boot on the worker’s foot – a deserved reward for pandemic heroism?

There’s scant sign of it. The Bank of England says actual pay has risen about 3%, while the City expects Wednesday’s Office for National Statistics inflation rate to hit 4%. Highly skilled workers may manage to keep up, their wages following the cost of living, but the low-paid won’t.

On Monday, the “real living wage” – a voluntary scheme – rose to £9.90 an hour outside London, which equates to £1,930 more a year than the government’s so-called national living wage (NLW). The Living Wage Commission sets this rate, unlike the government’s, to reflect the rising price of rent, food and fuel.

The good news is that a third more companies became accredited living wage employers during the pandemic, committed to paying this rate. Now almost 9,000 employers, including half of the FTSE 100, have signed up, covering 300,000 staff. By setting the pace, Gavin Kelly, chair of the Living Wage Commission, says their rate pushes governments to keep raising the official rate.

Even so, almost 5m jobs, or one in six nationally, pay below the real living wage. If Johnson seriously meant his “levelling up” to make the country less unequal, he would start here: in the south-east of England 12.8% are low paid; that figure rises in the north, with the highest, at 21.3%, in Northern Ireland.

Yet what the budget gave, it took back: while the NLW rose, 55p in each extra pound is lost as a result of changes to universal credit. Since the end of the £20 a week “uplift”, the Resolution Foundation finds that despite the minimum wage rise, the lowest-paid fifth of households will lose £280 a year. But in the wretched world of low pay, the hourly rate is deceptive.

For those on zero-hours contracts, what matters most is the number of hours worked: a week with too few can plunge families into debt. The government’s long-delayed employment bill needs to make guaranteed contracted hours a right. Will that bill include the power to stop the “self-employment” sham that denies security, or sick and holiday pay? A regulator needs to enforce rights. Will it ban monstrous forms of control, such as algorithmic systems that make employees work like robots, harming their mental health?

Any serious project of levelling up would adopt Labour’s plan for fair pay agreements in each sector, starting with social care. Winston Churchill created wage councils, which fixed payment thresholds in each sweatshop occupation, but John Major abolished them to let the market rip. Decades after Margaret Thatcher eviscerated the unions, it’s time to oblige employers to let them recruit in every workplace. There’s no levelling up without rebalancing the power between employer and employee.

That means between gender too, as two-thirds of the low-paid are women. This Thursday is Equal Pay Day, the dismal point in the year when, metaphorically, women stop earning: this year they earned almost 12% less than men. Deep sexism in social attitudes traps women in a downward pay spiral for all the bad old reasons: they work in low-pay sectors – caring, cleaning, catering, checkouts – in traditional women’s roles, traditionally underpaid because women do them. Worse, the Fawcett Society points to research indicating that when women move into a sector, pay falls.

“Change jobs to let the labour market work its magic!”, say economists with their dud models. They need only venture into the real world to understand why few low-paid families dare take the risk – the typical level of savings among the poorest fifth of households, before the pandemic, was £473. A mother dashing to work, then home to collect children, has no time to job hunt. Is that job nearby, do its hours fit childcare times, how can she go for an interview? It could mean queueing at agencies to collect and then bring back forms with photos and certificates; a delayed start-date and the wait for the first payday mean she risks pennilessness in the meantime. What if the job doesn’t work out?

The high-skilled may leverage themselves to keep up with inflation, but not the insecure low-paid. “Upskill and aspire!” urge Tory politicians. But five out of six people on low pay are still low paid a decade later, finds the Institute for Employment Studies, with women least likely to progress through training or promotion.

Sadly, this doesn’t look set to be a golden era where the underpaid call the shots. The Office for Budget Responsibility projects an imminent decline in household income, with inflation outpacing earnings, which are 1% lower than this time a year ago. By 2024 the Resolution Foundation predicts only a pitiful 0.5% increase in real incomes, which would make this parliament the very worst on record for wage growth. That’s after virtual stagnation since the 2008 crash. Ipsos Mori reports exceptional pessimism about the rising cost of living. Voters won’t judge levelling up by a handful of reopened northern railway lines: it’ll still be the economy, stupid.
#Boris Johnson  #Johnson
Add Comment 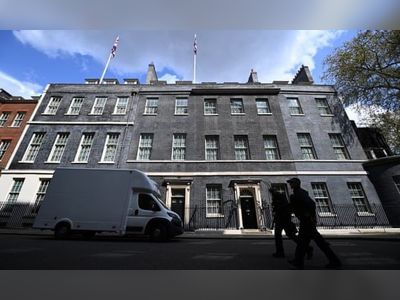 Partygate: 12 events that were under police investigation

Sainsbury’s and others call for tax on internet sales, while Marks & Spencer says that would ‘punish’ go-ahead outlets 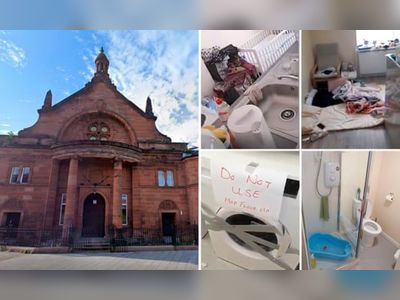 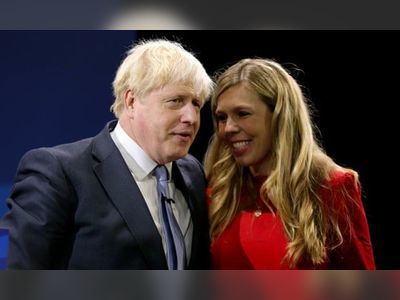