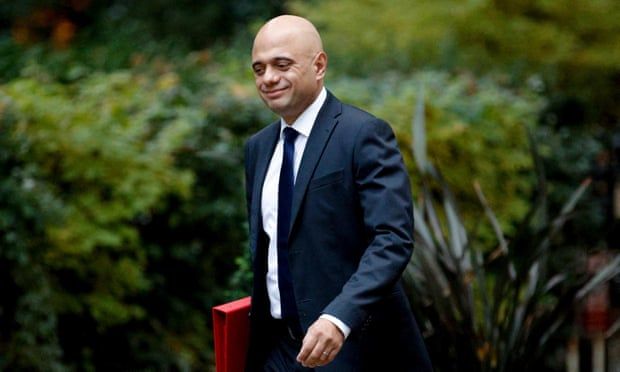 Analysis: vaccination rates jumped in care homes after compulsion was introduced, suggesting the health secretary may be right
Forcing NHS staff in England by law to get vaccinated against Covid-19 if they want to keep their jobs is another example of the sometimes radical approach being taken by a health secretary who appears not to be scared of upsetting workers on the frontline with a notably muscular insistence on pushing through policies they oppose. GPs have already discovered this with Sajid Javid’s edict that they have to see in person any patient who wants a face-to-face appointment.

Ministers have been discussing the pros and cons of compulsory Covid jabs for health staff since the spring. The proposal has triggered everything from unease to alarm to outright condemnation among organisations representing NHS personnel. Many, though not all, have opposed it.

The Royal College of Nursing has “significant concerns”. The GMB has decried it as “an incredibly bad idea”. The British Medical Association has warned of the potential minefield of “legal, ethical and practical” issues involved. Hospital bosses and others have warned that the exodus of frontline workers the forced jabs could trigger would be “devastating for patient services”, especially given the health service is already short of 93,000 doctors, nurses and other staff – and especially if compulsion were to be introduced before winter, when the NHS comes under its most intense strain.

However, while controversial, the principle of compulsion is not new or unique to Britain. Other countries such as France, Italy and Greece are already telling health workers to get jabbed or risk losing their jobs, as are some hospitals in the US.

Why is Javid taking such a tough approach? People in organisations and staff groups that have discussed the proposal with the Department of Health do not sense that Javid is motivated by what they characterise as his hardman approach to the NHS, which has included threatening to sack bosses of hospitals that fail to cut the backlog of elective operations and “name and shame” GP practices that see too few patients face to face.

When in September he announced a public consultation on the plan, he stressed one guiding principle: patient safety – to “do what we can” to protect patients in hospital from getting infected with Covid by anyone treating them. “It’s so clear to see the impact vaccines have against respiratory viruses which can be fatal to the vulnerable,” he said.

The many thousands of patients who have died after succumbing to hospital-acquired Covid illustrate the risks involved in staff remaining unvaccinated. It was likely even in September that mandatory jabs would be brought in, and Javid himself said only last week that compulsion remained the “direction of travel”.

About 58% of hospital chiefs support compulsion, according to a recent survey of 172 NHS trust leaders by NHS Providers. However, it also found that 90% feared it could lead to staff quitting, thereby exacerbating widespread rota gaps.

If the health secretary has indeed listened carefully to the pleas from NHS Providers and the NHS Confederation, which also represents trusts, and as a result decided to delay implementation until April 2022, that would help the health service get through the winter and also give time for the policy to settle in, and potentially change the minds of NHS staff who have so far not got vaccinated.

When mandatory jabs for care home workers were unveiled in June, trade unions and other voices in the social care sector said it could prompt many staff to leave. Almost 13,000 have. But over the same five months the proportion of care home personnel who have been double-vaccinated has risen significantly, from 71.4% to 88.5%. So compulsion works – maybe.

In an opinion piece on Tuesday in the BMJ, Daniel Sokol, a barrister and expert in medical ethics, pointed out that in France “the new law on mandatory vaccination for healthcare workers led to a massive boost in vaccination rates, from 60% in July (when the new requirement was announced) to over 99% in October”.

Might the same big rise in take-up be seen among NHS staff? Javid, whose stance is backed by public opinion, seems to be gambling that it will, that the sceptics will be proved wrong and that patients will be safer as a result.
#Vaccines  #COVID-19  #Covid
Add Comment