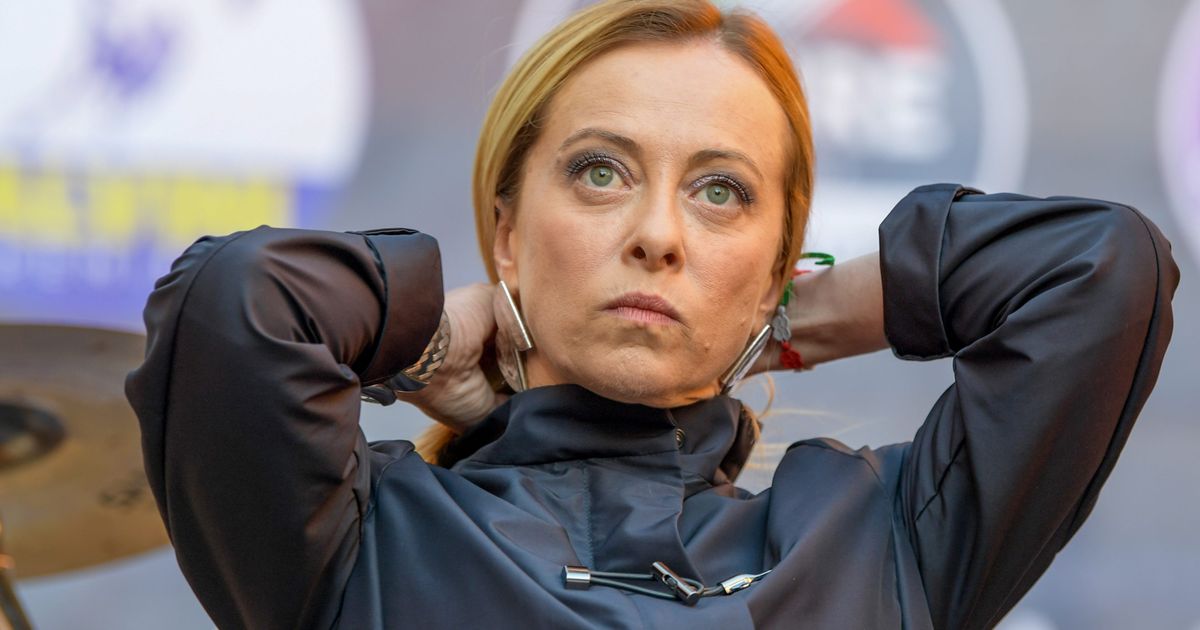 Italy confronts its fascist past as the right prepares for power

Giorgia Meloni is on course to become prime minister. Her critics say she leads a party infiltrated by fascists.

There are some crimes that come to define a moment in history. The brutal killing of a Nigerian street vendor in Italy may be one.

The public discourse over the murder of Alika Ogorchukwu, beaten to death in front of bystanders in the coastal town of Civitanova Marche, has laid bare the divisions in society as Italians prepare to vote in a snap election next month.

For some, the killing is the fault of years of hate-stoking anti-immigrant rhetoric from politicians on the right, with disturbing echoes of fascism. Others accuse the left of trying to make political capital out of a tragedy.

The bitter dispute matters because, according to current polling, it is the anti-immigration parties on the right of Italian politics that stand to win most support at the election and form the next government.

At the head of them all is Giorgia Meloni, leader of the hard-right Brothers of Italy, who is on track to become the country’s next prime minister after the September 25 vote. It would mark a radical shift in Italian politics, posing potential risks to the country’s economy after a period of stability under outgoing Prime Minister Mario Draghi’s steadying influence. There are also fears a right-wing coalition could weaken European unity at a sensitive time.

Meloni’s critics say the world should wake up to just how extreme her views really are, warning of a return to the dark days of 1930s fascism. Media coverage pointing out that Italy’s new government should be sworn in around the time of the 100th anniversary of Mussolini’s March on Rome has reinforced the point.

For senior Democrat Laura Boldrini, a critic and political rival of the Brothers, Meloni “represents the far right in Italy which has not had a reckoning with its past.”

Boldrini said: “Brothers of Italy is infiltrated by declared fascist elements.” The party “clearly wants a closed society that looks to the past while Italy needs to look to the future. Medieval times are over.”

Are Meloni and her tribe truly the heirs to Mussolini’s fascists? And what will they do if they take power this fall?

The 45-year-old Meloni entered politics aged 15 as an activist in the Youth Front of the Italian Social Movement (MSI). It is a group that was formed by ex-fascists after World War II. While it was seen as the presentable arm of the movement, the MSI maintained links to extremists.

Meloni later left Silvio Berlusconi’s center-right People of Freedom party in opposition to its proposed support for technocrat Mario Monti in the 2013 elections, and founded the Brothers of Italy. The Brothers retain the MSI’s flame symbol in its logo and have fielded Mussolini’s descendants as candidates — although even they claim that talk of fascism is outdated.

The party argues its origins in opposing a non-democratically elected leader show it is in fact a defender of democracy — the opposite of fascist authoritarianism. The Brothers of Italy is also the only party that has refused to support successive unelected governments in the last legislature — culminating in its opposition to Draghi’s grand coalition. 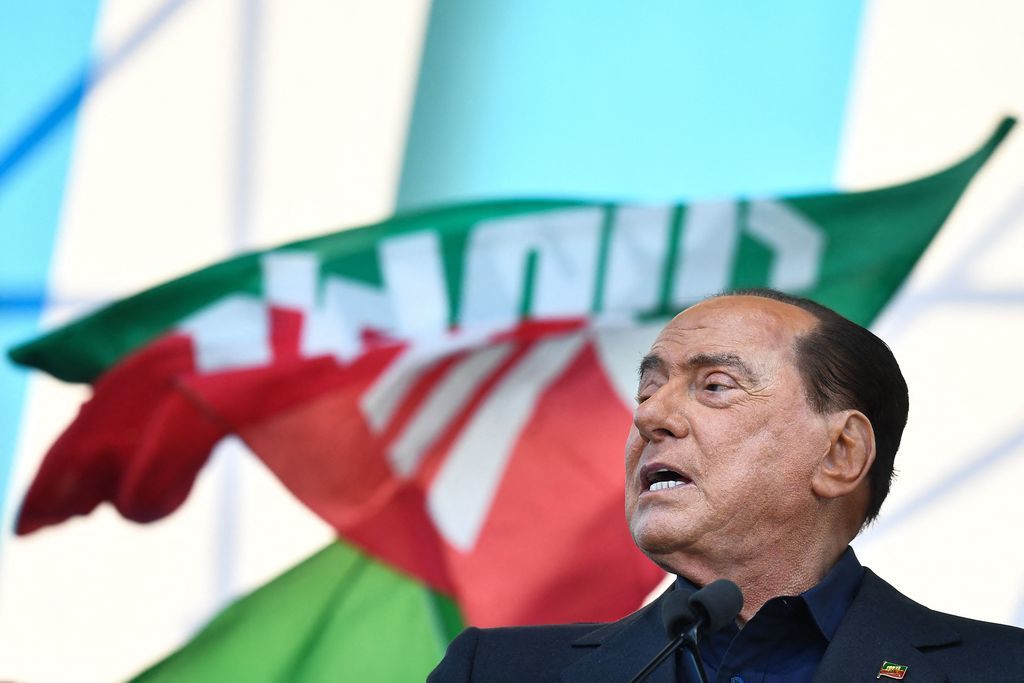 Giorgia Meloni left Silvio Berlusconi’s center-right People of Freedom party in opposition to its proposed support for technocrat Mario Monti in the 2013 elections, and founded the Brothers of Italy

Meloni said last year in an interview that there was “no room for those nostalgic for fascism” in her party.

Raffaele Fitto, an MEP for Brothers of Italy, said his colleagues remained in opposition during Draghi’s government “because for us the principle is democracy, that the people choose. So when they accuse us of fascism, extremism, we can only respond with a laugh because our actions and choices are exactly the opposite.”

But there have been controversies. Last year a Brothers MEP was suspended after an undercover documentary showed him discussing illegal funding at meetings with extremists who performed fascist salutes and made racist jokes.

And with the pandemic receding, immigration — the mainstay of right-wing political movements all over the world — has returned as a key issue in Italian politics.

Proposals published after a Brothers’ party conference in May called for immigrants to be detained in designated areas until they prove their asylum case, a naval blockade and fines for NGO rescue vessels.

Meloni’s ally and likely coalition partner is Matteo Salvini, the hardline anti-immigration leader of the League party. While he was interior minister in a previous coalition, Salvini waged a campaign against NGO migrant rescue vessels. He was put on trial for holding migrants on boats and many of his efforts to challenge NGO operations were struck down by the courts.

But during this election campaign, Salvini has already jumped on the issue of illegal migrants overwhelming a reception center on the island of Lampedusa to make his case to voters.

Even so, there are reasons to think that if they do end up leading the next government, the Brothers’ more outlandish plans may never come to fruition. The party’s immigration proposals are likely to clash with international, maritime and EU laws.

Besides, Italy’s democratic institutions and international obligations may help prevent it from pursuing dramatic deviations.

“The narrative that we are fascist is a fairytale,” said Fitto. “And it is bad for Italy and its reputation abroad.”

Some academics agree. If Meloni’s right-wing alliance wins power, it would be “the most right-wing government in the history of the Italian republic,” said Giovanni Orsina, professor of political history at Luiss University in Rome. But to typecast Brothers of Italy as fascist or neo-fascist, is a “misrepresentation,” he added. “You might dislike Meloni and her proposals. But fascism is just the wrong label.”

Italy’s international obligations — especially within the EU — leave little space for radicalism, said Orsina. “That’s one reason a right-wing government is not a catastrophe, there is little room for maneuver.”

Others believe the rise of the Brothers could herald an era of right-wing authoritarianism over time. For Mauro Magatti, professor of sociology at Università Cattolica del Sacro Cuore in Milan, this won’t be because Meloni is leading a “fascist” movement, but because she won’t be able to deliver on her promises to the public.

The Brothers of Italy is gathering support from poorly educated voters who are in economic trouble while offering solutions that are unlikely to be achievable, he said. Instead of turning to the center, voters could seek even harder right-wing options in the future.

“If a right-wing government comes to power, Brother of Italy will have to manage the discontent,” Magatti said. “The fact that their policies are very weak [means] this inadequacy could unleash unpredictable results.”