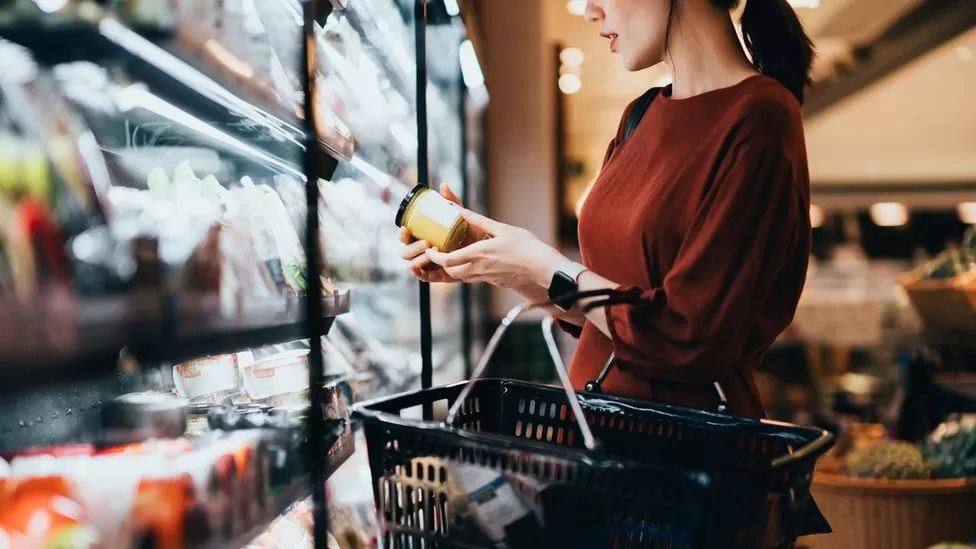 Inflation: Who is benefiting from soaring prices?

Many UK households and businesses are struggling with rising prices, but that's not the story for everyone.

The fastest rise in the cost of living for four decades means people are typically having to spend £110 to get what £100 bought them last year.

But some industries are benefiting from higher inflation and posting bumper profits. There are huge sums to be made if you're in the business of drilling for oil, trading wheat, transporting toys or selling fine wines.

So who's gaining from the extra spend?

Businesses which extract and refine fossil fuels have grabbed the headlines in recent months due to their record profits. Wholesale gas prices have soared on international markets and oil prices have hovered around $100 per barrel due to demand increasing and supply fears following Russia's invasion of Ukraine.

Saudi Arabia's Aramco posted record profits between April to June, while BP cleared £6.9bn in that period and Shell topped that with its profits of £9bn worldwide.

Centrica, the parent company of British Gas, has seen profits rise five-fold due to its oil, gas and nuclear assets. 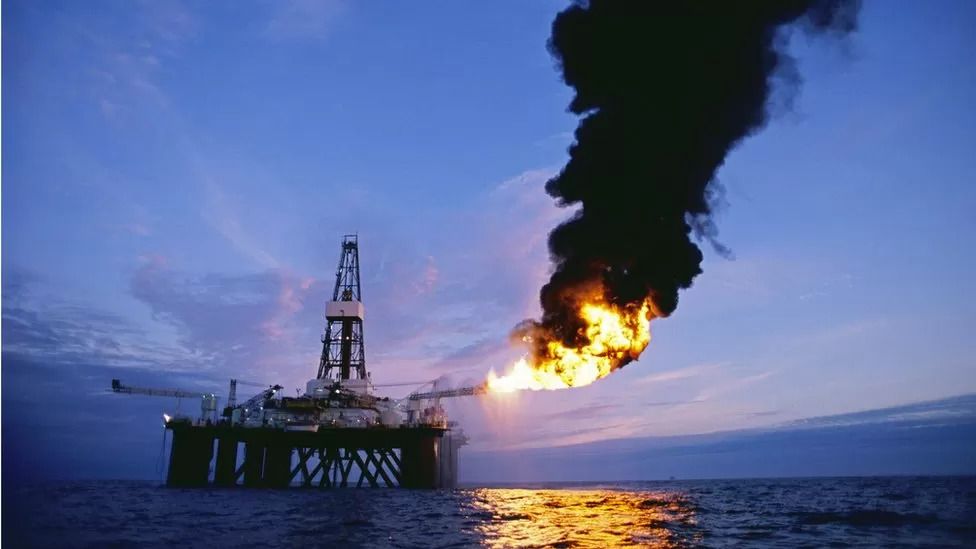 But there are many firms operating in the UK which get less attention. Among the biggest of the North Sea producers is Harbour Energy. The company has grown by acquiring oil and gas operations and returned to profit this year.

Meanwhile, private-equity backed Neptune Energy, which produces around 12% of UK's gas saw profits double last year, allowing for $1bn in dividends to be returned to its owners. Israeli-owned Ithaca and Norway's Equinor are other big producers.

All of these companies will be faced with the government's 25% windfall tax on the profits they make from extracting UK oil and gas - this is intended to go towards helping households with rising bills. Yet for most of the energy giants, domestic extraction is a small part of their operations.

For example, the UK accounts for just a tenth of BP's overall oil and gas production.

But there are some firms who are yet to benefit from high oil and gas prices due to the way they buy wholesale energy.

These companies set prices in advance to insure against big swings in the market price - a process known as hedging. 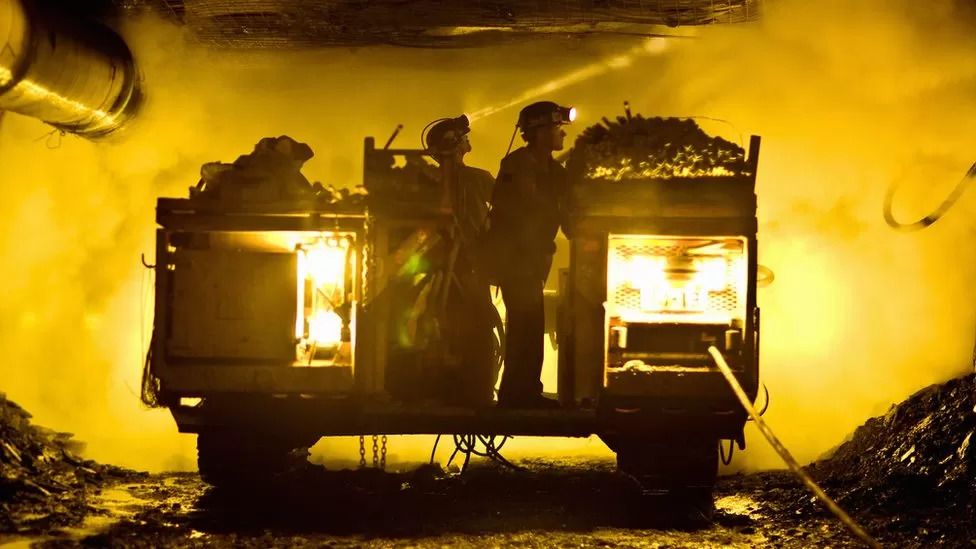 As countries look for alternatives to Russian gas, coal is unexpectedly back in fashion.

That's paying off for mining firms who've specialised in the dirtiest of fossil fuels.

Glencore's thermal coal business benefited from record prices, helping profits double to over £15bn in the first half of 2022.

Many of its rivals have backed away from coal, but Glencore has argued it will be an important fuel in the process of the transition to greener forms of producing energy in some countries, and that it will look to wind down production across the next few decades.

With fears of gas supply disruption this winter from Russia to Europe, energy firms have been asked to delay the closure of UK coal-fired power plants by the government.

German utility Uniper said on Monday it will start producing electricity for the market at its reserve coal-fired power station Heyden 4 due to Russia halting pipeline flows.

At times of global disruption, these supply chain middlemen can play a key role in helping food supplies flow to where it's needed - helping countries find alternative sources of wheat in the face of disruption to supplies from Ukraine and Russia, for example.

But that disruption means wheat prices are now 25% higher than a year ago. Many other staples have become more expensive.

ADM reported a 60% rise in their latest quarterly profits. Bunge fared less well - but is optimistic about the rest of the year. Privately-owned Cargill's revenues were up by 23% to a record $165bn (£140bn) in the latest financial year. It says it gave $163m to humanitarian relief and other good causes, which equates to 0.1% of sales.

Pandemic shutdowns may have disrupted economies and supply chains, but they boosted the fortunes of shipping companies. 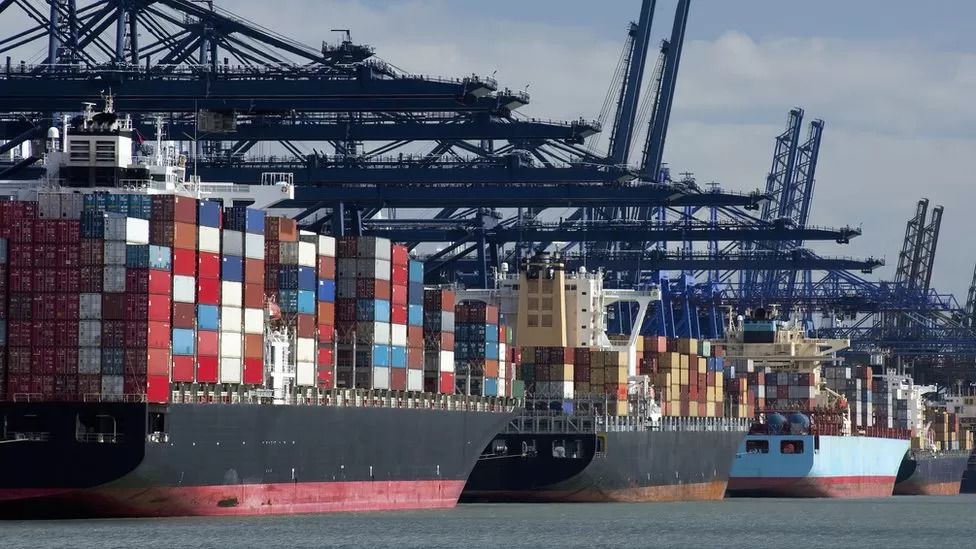 The container-shipping industry will have notched up profits of half a trillion dollars over the last two years by the end of 2022, according to consultancy Drewry.

The world's second-largest container shipping group, AP Møller-Maersk, hiked its annual profit forecast for a third time this year because of the prolonged disruption at ports, saying "normalisation" of rates may now not happen until the end of the year.

For people with cash to burn, a combination of surging inflation, relatively low interest rates and weak economic growth means decent returns on conventional investments can be difficult to find.

They are turning elsewhere. Brokers at Knight Frank reported that the value of investments in fine wines and luxury watches shot up by 16% last year, art by 13% and whiskies and coins by 19%.

Investors were taking a punt on collectibles, bettering their worth would outpace inflation, and that has continued into this year. The world's largest fine wine trader, Bordeaux Index, reported a 37% increase in sales in the year to June.

For the rest of us, however, inflation may leave a sourer taste.