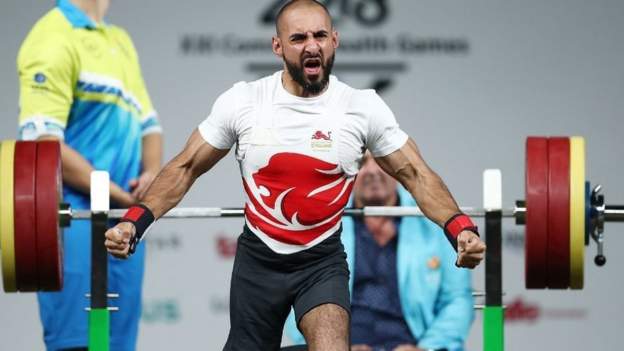 'I've been in self-isolation for three years'

Ali Jawad is a former world champion powerlifter, but his hardest fight has been with his own body.

The self-titled 'warrior' has been taken to the brink of death by Crohn's disease and, for the past three years, he has effectively self-isolated to ensure he made it to the Tokyo Paralympics.

"This is probably the most invested cycle I've ever had in terms of using every ounce of physical, mental and emotional energy just to even qualify," says Jawad, 32.

"The last three or four years with my Crohn's and my health, it's been the hardest of my life."

Jawad was born in Lebanon with no legs below the knee. His family moved to the UK when he was a baby as the conflict with Israel intensified - but Crohn's has been his biggest challenge.

The night before his Paralympic debut at the 2008 Beijing Games, Jawad became ill with flu-like symptoms and diarrhoea.

He presumed it was a stomach bug, but upon returning to the UK, the symptoms worsened.

"I was on all fours in pain on the floor, sometimes I'd pass out from it," says Jawad. "I couldn't eat, I was seeing blood in the toilet and I lost about two stone in body weight in about eight weeks and knew something was seriously wrong."

He was rushed to hospital and diagnosed with Crohn's disease, a lifelong condition which causes inflammation of the digestive system, resulting in debilitating stomach cramps and fatigue.

It is an illness which has dogged Jawad's career. Flaring up when he's wanted to train, putting plans in doubt and fuelling the suggestion, from his family and team, that maybe he should retire.

In 2009 he did just that. Aged 19 he spent six months recuperating, but couldn't stay away from sport. He "flirted" with rowing and table tennis, but powerlifting was in his heart.

Then, at 21, Jawad was told by doctors he needed an emergency seven-hour operation to remove part of his inflamed large intestine. He was told to prepare friends and family for the worst outcome.

Jawad survived and came through it with sights set on London 2012, where he finished fourth, and then went on to claim silver four years later.

Because of the illness, he knew he would have do to something drastic to get to the delayed Tokyo Games and says: "I've had to indirectly isolate for about three years."

When this process started, he was unaware the rest of the world would follow suit because of the spread of Covid-19 in 2020.

The initial decision came after Jawad's consultant told him his medication had stopped working and there were only two options.

One was to have a stoma created - an opening in the abdomen that allows waste out of the body - or try a stem cell therapy trial which would involve aggressive chemotherapy.

While he weighed up the options, it was announced the Olympics and Paralympics would be postponed for a year.

Jawad's decision was made - he wanted to go to Tokyo first.

"I couldn't accept at least not trying," he says. "Every day has been a struggle. I've had to live a very strict way of life to try to help me pull this off. The only way to try to qualify was to put myself into a place where I could try to control all the variables."

From carefully making his own food to not seeing friends and family, the isolation helped manage his Crohn's.

The extra year, brought on by the global pandemic, played to his advantage too. "I was never going to make it last year and the extra year allowed me to attempt to get fitter," he adds.

With few qualification competitions taking place, Jawad had to make his appearances count and wasn't content with holding out for a wildcard.

He was named on the British team for the Para-powerlifting World Cup in Tbilisi, Georgia, in May, but it was never going to be easy.

He was tactical, calculating the minimum lift needed to secure a place, without going overboard, and it paid off with the final place available in the Tokyo line-up. 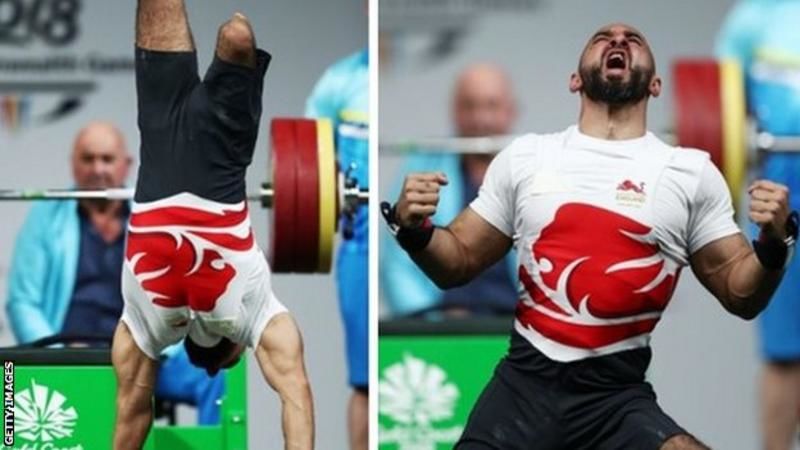 "When I did pull it off in Georgia, it kind of felt like a medal for me and getting here is probably the biggest achievement of my life."

Loughborough-based Jawad's nickname on the circuit, 'the Showman', comes from his celebrations of jumps and backflips, which went viral on social media. Now he's more philosophical.

At Tokyo, he says, rather than being a showman, he'd like to absorb the moment and has gained perspective in the last few months about what has happened since his diagnosis 12 years ago.

"A medal will never represent how much I've given the process. This time I've literally invested my soul into this cycle," he says.

"What I want people to take away from my career isn't the medals I've won, the records I've set or the celebrations I've done, I want them to take the fact that no matter what was put in front of me, I always found a way over the obstacles.

"I've probably had to do things that a lot of medics don't really recommend, so I don't advise Crohn's and colitis sufferers what to do."

Jawad says this will be his last Paralympics, but isn't planning an immediate retirement. "I don't know if I can live another cycle like this," he adds.

Jawad is still one of the youngest powerlifters on the circuit - many are in their 40s - and is hoping to compete in next summer's Commonwealth Games in Birmingham.

He says: "I'd love to retire on home soil, at a multi-sport event in front of friends and family - and what better way than Birmingham?"