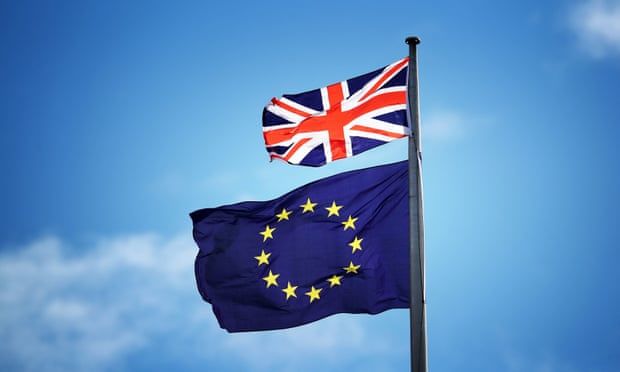 The foreign secretary has a few legal arguments to consider, says a professor of EU law

The UK government is threatening to write new laws to allow it to unilaterally override parts of the Northern Ireland Brexit protocol due to concerns over “peace and stability”.

But what options are open to the UK, given the protocol was part of a legally binding international treaty co-signed with the EU?

Catherine Barnard, a professor of EU law at the University of Cambridge, thinks there are five options to consider.

Article 16 of the protocol

This is the most oft-cited set of clauses allowing for “safeguard measures” which could include a pause of the checks and controls on goods crossing the Irish Sea in the event of “serious economic, societal or environmental difficulties that are liable to persist” or in the event that there is “diversion of trade”.

In a statement earlier this week, the government said 200 retailers had stopped delivering to customers in Northern Ireland.

But while article 16 allows the UK to take “safeguard measures”, this has already effectively been put in place through earlier unilateral action to suspend the checks on many goods.

The section of the protocol also requires the UK to give the EU a month’s notice that it is invoking article 16 and the protective measures must be reviewed with the EU in the joint committee every three months.

As a negotiating tool, this is not strong. But it could score points among unionists and Brexiter backbenchers.

Section 7 (a) of the European Union (Withdrawal Agreement) Act 2020

This gives direct effect to the supremacy of the withdrawal agreement over domestic law. It covers all three elements in the agreement – the Irish border, citizens’ rights and the divorce bill.

To invoke it fully would be tantamount to walking away from the Brexit deal entirely.

Using Section 7 (a) would be very serious because it would mean removing the entire agreement which would remove citizens’ rights too. What the government could be looking at doing is just turning the agreement off in respect to anything to do with the Northern Ireland protocol.

This enables the UK to implement updates to any EU directives in relation to the Northern Ireland trading arrangements without having to go through an act of parliament.

It results in what is known as “dynamic alignment” of British and EU laws in this limited geographical area of the UK. This would delight the unionists who have complained that the UK’s sovereign right to make its own laws for the entire country has been undermined by the protocol.

Section 38 (b) of the European Union (Withdrawal Agreement) Act 2020

This is known as the Bill Cash clause, which recognises that the parliament of the UK is sovereign. While the clause has been frequently referred to in EU scrutiny committee hearings chaired by Cash, a veteran Eurosceptic, it has never been challenged. It is also seen as stating the obvious, and is unlikely to be the core of legal manoeuvres made by the foreign secretary, Liz Truss.

Article 62 of the Vienna Convention

Barnard thinks this is where Truss and the attorney general for England and Wales, Suella Braverman, could be focusing their legal arguments.

The 1969 pact allows for a country to withdraw from an international treaty when “a fundamental change of circumstances which has occurred with regard to those existing at the time of the conclusion of a treaty, and which was not foreseen by the parties, may not be invoked as a ground for terminating or withdrawing from the treaty”.

Barnard says this would be open to challenge, as all parties knew about the divisions in Northern Ireland and the Belfast Good Friday agreement includes mechanisms to respect all parts of the community.

Article 62 also warns that this “change of circumstances” could not be a reason for walking away from an international treaty if “the existence of those circumstances [which allegedly changed]” were an “essential basis” of the consent of the two sides.

As the protocol was all about protecting peace on the island of Ireland and ensuring no hard border between Northern Ireland and the Republic of Ireland, this may not be a watertight ground for disapplying the treaty, she suggests.