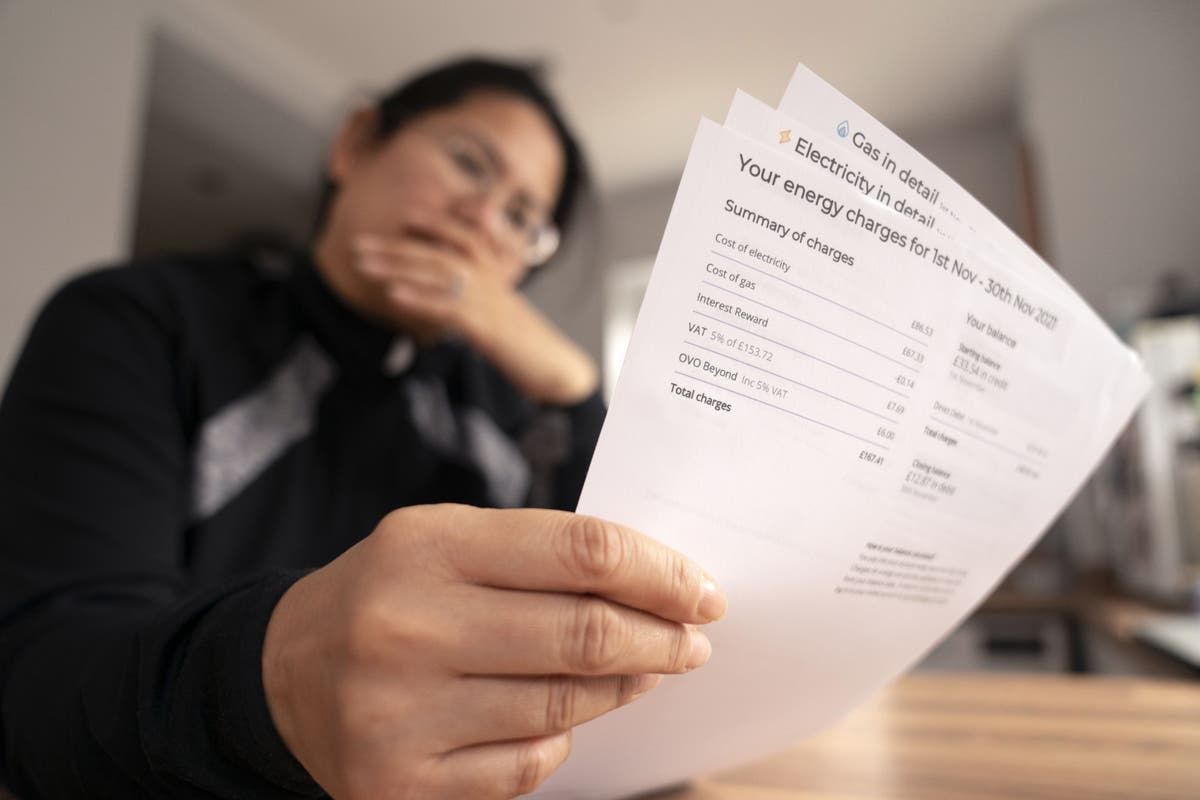 But it isn't as simple as that.

The price of gas and electricity is determined by global wholesale prices, which shot up after supplies from Russia were cut as a response to the war in Ukraine - and after energy consumption increased again after COVID.

How much these wholesale energy prices are passed on to customers is controlled by the UK regulator Ofgem in the form of a price cap four times a year.

This price cap limits the cost households pay per unit of energy (kilowatt hours) they use.

Average annual bills had been touted to go up to £3,549 in line with wholesale prices, but Prime Minister Liz Truss's "energy price guarantee" has reduced the original price cap announced on 26 August.

It means that from 1 October, instead of paying a maximum of 28p per kWh for electricity - people will now pay 34p.

And instead of paying a maximum of 7p per kWh for gas - they will now pay 10.3p.

Standing charges, which are the cost of connecting to the National Grid, are also going up with the price cap, but not by very much.

Does the price cap cover everyone?

The price cap only covers domestic households in England, Wales and Scotland. The same level of support will be applied to the market in Northern Ireland.

Traditionally businesses are not covered by the price cap, but as part of a separate "energy bill relief" scheme, the government is providing additional support for firms.

You will be included in the price cap if you are a dual-fuel customer (use the same company for electricity and gas) on a standard variable tariff, who pays by direct debit, credit, or prepaid meter.

Standard variable tariffs mean your energy company can change the price per unit at any time - in line with global wholesale prices - but is limited by the price cap.

Fixed tariffs are agreed upon annually and mean the price per unit will not change for that year.

These are not included in the price cap, but the government says its energy price guarantee will mean a discount of 17p per kWh for electricity and 4.2p per kWh for gas.

They say this will bring fixed rates down to similar levels as the energy price cap.

If you are locked into an expensive fixed tariff, you can take a meter reading before 1 October to ensure your energy company honours the price guarantee discount.

Price cap does not mean energy only costs £2,500 a year

The government estimates that the new price cap will result in average annual energy bills increasing from £1,971 to £2,500.

But that does not mean people won't be charged more than £2,500 a year for their energy - it is just an estimate for a typical household.

According to Ofgem, a typical household in Britain has 2.4 people living in it - who use 242 kWh of electricity and 1,000 kWh of gas a month.

But all households are different - and their energy usage will depend on how many people live there, what time of day they use the most energy, and how energy efficient their home is.

For example, the government estimates that if you live in a purpose-built flat your average bill will be £1,750.

Those who live in semi-detached houses will pay around £2,650 a year.

What extra help is the government offering?

Before Liz Truss was appointed prime minister, former Chancellor Rishi Sunak announced all households would receive a £400 discount on their energy bills between October 2022 and March 2023.

From 1 October people will start to receive a £66 discount for October, another for November, and £67 for December, January, February and March.

Some energy companies are directly applying these to bills, while others will credit the amount to customers' bank accounts.

Eight million households in receipt of certain benefits will also get £650 to help with their bills.

Pensioners will receive £300 and some people on special disability benefits will get £150.

People on low incomes and pensioners on pension guarantee credit will get £140 off through the Warm Home Discount.

Vulnerable families can also apply for extra help via their local council and their Household Support Fund.

The government's energy bill relief scheme for England, Scotland and Wales will mean help with firms' energy bills for six months from 1 October. A parallel scheme is operating in Northern Ireland.

This will be applied automatically to companies using variable tariffs.

For those on fixed price contracts, the same discounts will be applied if the agreement started after 1 April 2022.

The savings will appear on bills in November and will be backdated to October.

A review will be published at the end of the year which will help identify "vulnerable" businesses that need support beyond March 2023.