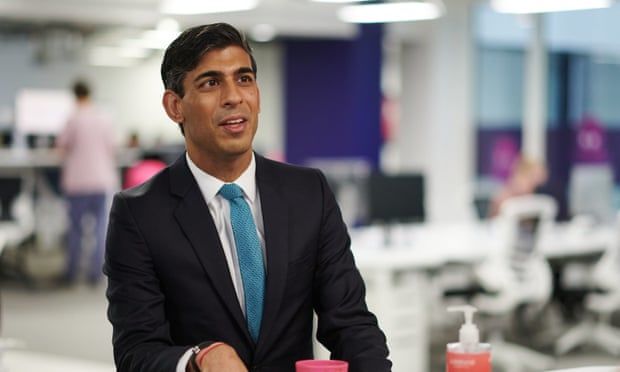 Fast-growing firms working on “gamechanging” technology, including in areas such as life sciences and clean energy, are being invited to apply for a slice of a £375m fund aimed at fostering innovation in the UK.

The future fund: breakthrough scheme will involve the government committing to co-invest alongside private enterprise to give extra impetus to businesses looking for cash to take nascent technologies to the next step.

In an effort to make the UK a “science superpower”, the Treasury will favour industries such as quantum computing, life sciences and clean technology, in an effort to spur breakthroughs that can “solve some of society’s greatest challenges”.

The chancellor, Rishi Sunak, said: “Technology and innovation will be at the heart of our future economy which is why we are investing billions in R&D [research and development] to help cement our status as a world leader in this field.

“Above all, our investment will incentivise collaboration between our most ambitious entrepreneurs and private investors, helping to commercialise breakthrough products such as new medicines and green technologies that could change our lives for the better – all while creating high-skilled jobs that help boost the UK economy.”

To qualify, firms will have to be UK-based and seeking at least £30m to fund further development.

Private companies will have to make up the bulk of the investment, with applicants required to show that they have already secured commitments for 70% of their funding round.

Applicants must show that they have previously been able to raise £5m without state help, indicating that they are already growing significantly.

The companies will not apply themselves, with their lead investor instead making the connection between the business and the future fund.

Sunak will host a tech conference in east London in September, under the banner Treasury Connect, to bring together investors and business leaders in tech.

The department said it had already provided more than £1bn of convertible loans to 1,190 businesses to help them through the pandemic, via the future fund.

The new future fund was announced at Sunak’s budget earlier this year and will be administered by the British Business Bank’s subsidiary, British Patient Capital.

Judith Hartley, chief executive of British Patient Capital, said: “With many world-class universities and a strong track record in science and research, the UK is fertile ground for creating high-growth companies based on cutting edge technologies.

“Through the commercialisation of R&D, these transformative companies will help accelerate the deployment of innovative breakthrough technologies that can transform major industries, develop new medicines, support the transition to a net zero economy and strengthen the UK’s position as a science superpower.”