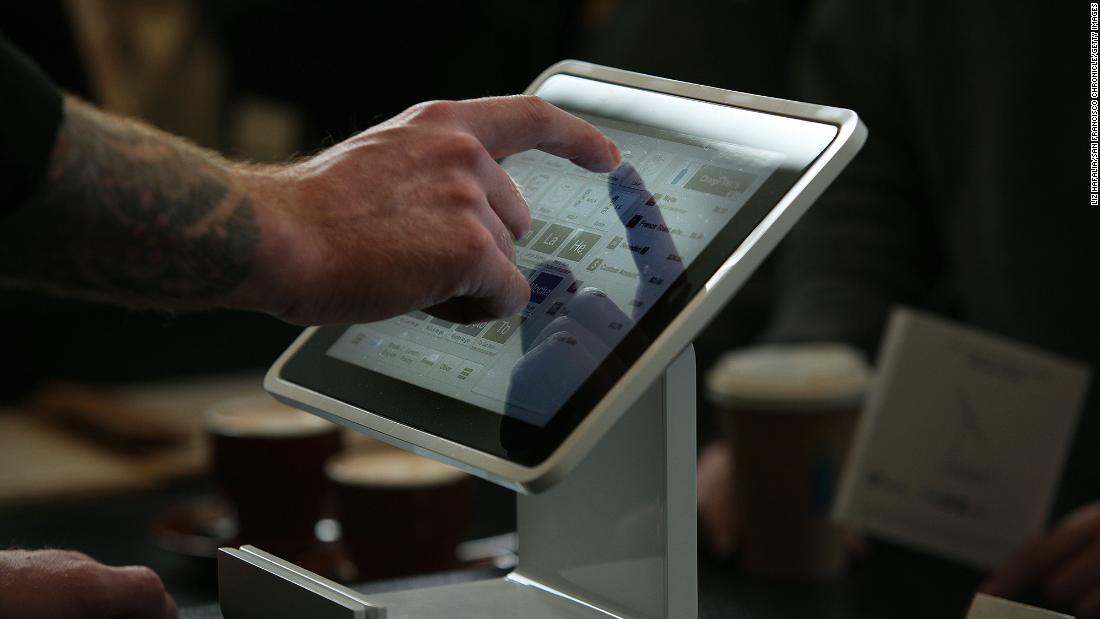 Fintechs are the new corner bank, but big financial firms are fighting back

But banks and other traditional financial services firms are fighting back — and investors have taken notice.

Goldman Sachs (GS) is the top performing stock in the Dow this year, surging 55%. American Express (AXP) isn't far behind, up 45%. Both companies have begun to embrace digital banking as a way to attract newer customers.

Goldman Sachs, for example, has moved beyond its roots as a powerhouse investment bank and wealth manager for the affluent, thanks to its Marcus online bank. The platform, which launched in 2016, has no branches and offers personal loans with no fees.

"There's no question that activities that we're involved in are digitizing quickly," Goldman Sachs CEO David Solomon said on an earnings call with analysts earlier this month. "I think there's a meaningful acceleration in the disruption that the digitalization of financial services is occurring."

American Express is sprucing up its somewhat stodgy image as well. The company announced new digital checking plans for small and mid-sized businesses Thursday. As part of the rollout, AmEx even launched its first ever debit card.

"This is part of a multi-year strategy of going beyond the credit card. This is the latest manifestation of that," Dean Henry, AmEx's executive vice president of global business financing, payments and digital experiences, said in an interview with CNN Business.

"We have an obligation to go where clients are transacting," he added. "A debit card is new for AmEx. We are modernizing the network and keeping pace with payment types that are popular."

Large financial firms also recognize that partnering with fintechs can be extremely lucratve.

Buy now and pay later is all the rage

The moves by Goldman Sachs, AmEx, Visa and others are a sign that traditional financial firms realize they must keep pace with Square (SQ), PayPal (PYPL) and other top fintechs that are getting bigger by the day. Stripe, a privately held payments firm, is now valued at $95 billion, and the red hot "buy now and pay later" (BNPL) fintech Affirm, recently partnered with Amazon (AMZN), Walmart (WMT), Target (TGT) and other retail giants.

Affirm, which lets customers pay for purchases in monthly installments, went public earlier this year and shares have more than tripled since then.

The buy now and pay later trend is clearly not going away anytime soon.

"Everyone is talking about it," JPMorgan Chase (JPM) chief financial officer Jeremy Barnum said in an earnings call with analysts earlier this month.

"We're in a moment of taking all types of potential disruptions, especially fintech-y type disruptions, quite seriously. And in the case of BNPL, it's obviously particularly high profile because of the growth that we've seen," Barnum added.

And JPMorgan Chase CEO Jamie Dimon promised that the bank will also keep pace with its emerging fintech rivals.

"We will spend whatever we have to spend to compete with all these folks in our space," Dimon said during the earnings call.

Still, the big banks will have to tread cautiously in the evolving fintech world. Regulators in Washington are keeping a close eye on the financial giants.

To that end, Visa was forced earlier this year to abandon plans to buy fintech startup Plaid due to antitrust scrutiny.

And The Wall Street Journal reported Thursday that the Department of Justice is now looking into Visa's relationships with Square, PayPal and Stripe as part of a broader investigation that Visa first disclosed to investors in March.