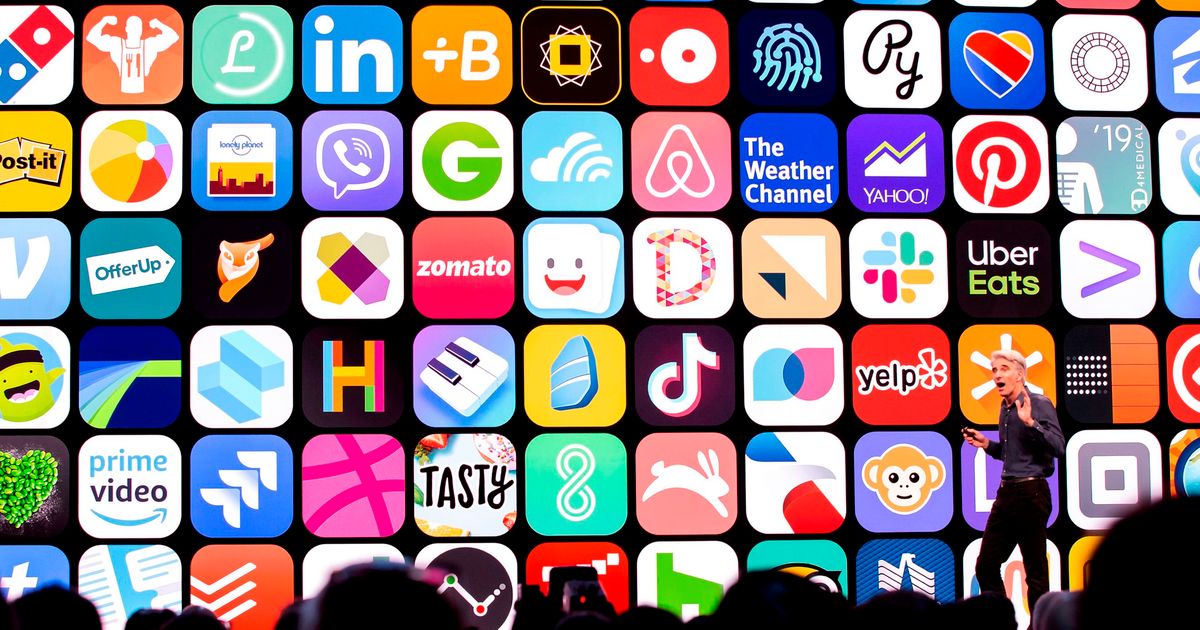 Companies prepare to unleash a wave of challenges against efforts to tame the big names of the digital sector.

An army of lawyers in Brussels, vying for multimillion-dollar contracts with Big Tech, is preparing to evade or even tear up the EU’s landmark attempt to rein in digital giants.

At the heart of the legal showdown lies the Digital Markets Act (DMA), Brussels’ grandstanding attempt to crack down on anticompetitive abuses from the likes of Google, Amazon, Meta, Apple and Microsoft. The rules are just months away from entering the EU’s rulebooks, but lawyers are sharpening their knives.

“I’ve been in meetings with these companies,” the European Commission’s Gerard de Graaf, who has worked closely on the EU’s attempts to rein in the tech giants, told reporters recently. “There are enormous numbers of lawyers. We could easily have 15, 20, 25 lawyers around the table.”

The EU has good cause to be on its guard. The European Commission failed to rein in the market dominance of Google through landmark antitrust cases over recent years, so is now prioritizing the regulatory track of establishing fair play through the DMA. If the DMA is itself now picked apart or sidestepped by lawyers, that could defang the EU's status as an effective global regulator.

Most worryingly for the anti-Big Tech camp, Brussels is no stranger to legal setbacks in the competition sphere. Amid an embarrassing string of court losses, EU competition chief Margrethe Vestager lost her blue-riband case to claw back €13 billion in unpaid taxes owed by Apple to Ireland. Big Tech now knows full well that the EU's lawyers are far from invincible.

“There will be litigation, no doubt,” said the Commission’s de Graaf. “We are prepared for litigation, but we would like a constructive discussion with the platforms rather than an adversarial discussion.”

The Dutchman will soon take up a new EU post in San Francisco, where he will be involved in talks with some of the Silicon Valley firms targeted by the DMA — and those firms and their lawyers have several elements of the rules in their crosshairs.

The first mêlée could focus on something as basic as determining which platform services fall under the rules at all — a process set to kick off in early 2023.

To fall within the rules’ scope, companies must have a turnover of at least €7.5 billion in the last three financial years and provide a platform service with more than 45 million active end-users each month.

“There may be disagreements, even at the designation stage,” said Assimakis Komninos, a partner at the White & Case law firm. “There are likely to be differences in opinion in how some of the quantitative thresholds used to designate platforms are calculated, or how you determine a particular core platform service.”

Christophe Carugati, an expert on antitrust in the digital economy at the Bruegel think tank, agreed.

“First, they will litigate the designation to stop the Digital Markets Act for a while,” Carugati said. He added that he expected certain Big Tech firms to claim they do not meet the requirements for designating a particular core platform service — and therefore that they’re exempt from gatekeeper rules. 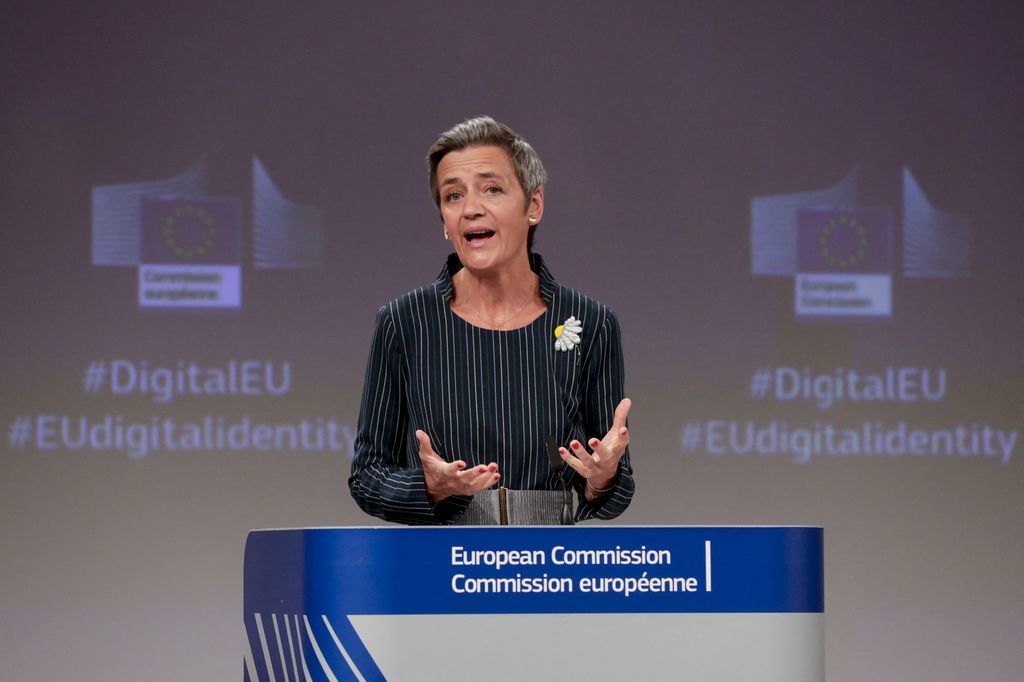 Damien Geradin, a Brussels-based partner at Geradin Partners who has gone up against tech giants such as Google and Apple in the past, sees three options for a longer-term strategy from Big Tech: conciliatory, aggressive or mixed.

“One strategy is to accept the regulation and try to build a constructive relationship with the Commission,” he said. “Another strategy could be extremely hostile, potentially litigating over a designation or obligation. There are already some candidates for that — I think Apple is generally unwilling to make any concessions, and Facebook tends to take an aggressive approach in its relationship with regulators.”

“The third possibility is a mixed approach, where a gatekeeper will avoid litigation because it wants to build a good relationship with a body that will regulate it for the next 20, 30 or 40 years. But they will be prepared to fight some battles on critical issues for their business model that may end up in litigation. It makes sense to develop a constructive approach with the regulator, but only perhaps up to a certain point.”

Some tech companies are having internal discussions with engineers and product managers before they begin to engage with Brussels on the rules, Oliver Bethell, Google’s head of competition for Europe, said at a POLITICO event recently. Bethell said that “90 percent” of his DMA-focused conversations fell into that category, as he “prepare[s] for engagement with the Commission to talk about a complicated piece of legislation.”

Bethell added that some of the DMA’s thornier obligations would require further consultation with the EU’s enforcers.

“Provisions that focus on data controls, data use and data siloing will involve some technical conversations between us and the Commission,” he said. “Data and how it's organized and controlled within a company will vary very much. There'll be some serious investigation and discussion to be done in those areas.”

As ambitious as the DMA is in reining in Big Tech’s anticompetitive behavior, it isn’t a panacea, according to Miranda Cole, partner at Norton Rose Fulbright and head of its Brussels office and who has in the past represented Microsoft.

“It won’t be the end of abuse of dominance cases in the sector,” Cole said. “Yes, there’s going to be disputes over what the provisions in the DMA mean, but there’s also going to be territory outside those provisions.”

“There are various restrictions in existing policies that are not covered by the DMA,” Cole said, highlighting that a number of current investigations relating to app stores focus on abusive behavior that is not covered by the DMA, including terms for access to dominant app stores that exclude certain gaming applications. “That effectively means that the provisions that deal with how the app store is managed don't speak to what happens if you can't get there in the first place,” she added.

Law firms may be scrambling over one another for the big-dollar contracts to take down the Digital Markets Act, but the regulation might not be the cure for the digital economy that Brussels had intended it to be — leaving some lawyers chewing over the scraps in antitrust cases that are expected to continue.

And before the EU executive’s resources have been cannibalized by the coming wave of DMA litigation, the institution has been keen to show that scrutiny of unfair practices in the sector will not go unnoticed. POLITICO recently reported that the EU’s antitrust enforcers are proactively looking into potentially abusive terms and conditions on the Google Play Store, and have also recently filed a charge sheet against Apple for foul play in payment services.

While lawyers in Brussels and beyond may be gearing up for legal fights over the DMA, the Commission is hopeful that its regulatory efforts will be vindicated in the courts.

“I’ve never seen a piece of legislation in which there was no litigation around,” the Commission’s de Graaf said. “This just happens.”

De Graaf continued: “Some of these concerns may need to be tested in court. It could also help to bring more clarity” on what is — or isn’t — fixed by the EU’s most recent attempts at taming Big Tech.