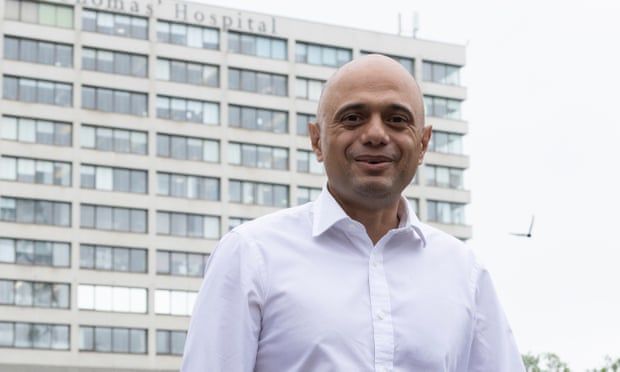 Duty of all NHS staff in England to fight discrimination, review says

Inquiry calls for sanctions on ‘those that don’t meet expectations’ in shift away from dedicated diversity teams
All the NHS’s 1.5m staff in England should tackle discrimination against disadvantaged groups, not just bosses and specialist diversity teams, a major review has concluded.

NHS trusts will need fewer equality, diversity and inclusion (EDI) teams if action against discrimination does become “the responsibility of all”, according to the report.

The review of NHS leadership said the health service should adopt a different approach to equality issues in order to overcome the widely recognised disadvantages faced by certain groups of its own staff, which include lower pay and chances of promotion among Black and ethnic minority doctors compared with white medics and low BAME representation in senior managerial ranks.

The report concluded that: “Most critically, we advocate a step-change in the way the principles of equality, diversity and inclusion are embedded as the personal responsibility of every leader and every member of staff.

“Although good practice is by no means rare, there is widespread evidence of considerable inequity in experience and opportunity for those with protected characteristics, of which we would call out race and disability as the most starkly disadvantaged.

“The only way to tackle this effectively is to mainstream it as the responsibility of all, to demand from everyone awareness of its realities and to sanction those that don’t meet expectations.”

Messenger, a former vice chief of the defence staff, and Pollard, the chair of the acute trust in Leeds, did not set out the details of how diversity could be made a universal duty in the NHS.

Dr Habib Naqvi, the director of the NHS Race and Health Observatory, endorsed the idea.

“Equality, diversity and inclusion isn’t about more automated mandatory training that’s carried out once a year. It’s about hardwiring equity and fairness into the everyday behaviours and experiences of all staff, and the culture of the organisation,” he said.

“These principles must be embedded and mainstreamed as the responsibility of all regardless of role. This is a fundamental condition for recognising and acting upon the stark inequalities experienced in the workplace,” he added.

Javid told MPs that he wanted to see the number of EDI teams fall. “This doesn’t mean more people working in diversity but fewer. In my view there are already too many of these roles and, at a time when our constituents are facing some real pressures around the cost of living, we must spend every penny with care.”

Ricky Bhabutta the joint chair of the British Medical Association’s medical managers committee, said: “The need to tackle discrimination and ill-treatment, and instead respect the potential for leadership and creativity at all grades, is key.”

He cited a BMA report on racism in the NHS, published in February, which found that 60% of Asian doctors and 57% of Black medics said that racism had been a barrier to their career progression. “That represents an appalling loss of potential leadership talent as well as a failing of the current institutional setup,” he added.

The report criticised the widespread culture in the NHS of “discrimination, bullying, blame cultures and responsibility avoidance”. However, it added that such behaviours were partly a response to the “very public external and internal pressures” on NHS senior managers, who described to the inquiry experiencing “constant demands from above, including from politicians”, to improve performance.

In the Commons Theresa May, the former prime minister, cautioned Javid to proceed “with care” when pushing through changes to NHS management, given the number of changes to the health service already enacted over the last 25 years.
Add Comment