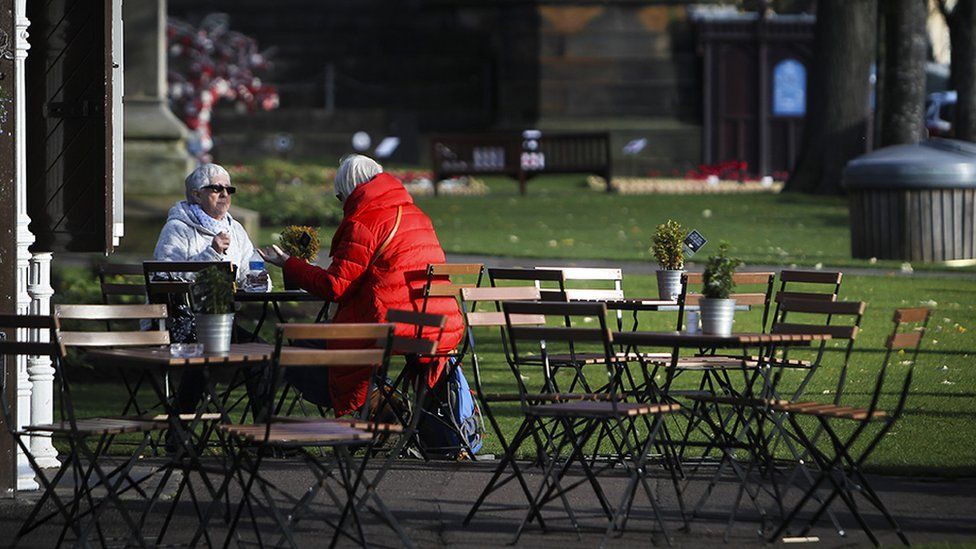 The Scottish government hopes to return to the levels system from late April.

But if an area is to see restrictions lifted, the number of positive cases will need to be far lower than when the system operated last year.

The government said the more stringent approach was needed because of the new faster-spreading variant of the virus.

On Tuesday afternoon, First Minister Nicola Sturgeon is due to update the Scottish Parliament on the state of the pandemic.

She has already indicated that on 26 April - when non-essential shops, hairdressers and gyms can open again - the levels system will become operational once more.

The whole of mainland Scotland went into lockdown on 26 December which resulted in a stay-at-home order. Only essential shops are allowed to open and all hospitality is closed except for takeaway services.

The Scottish government's updated approach is outlined in the its latest strategic framework.

Under the new system, local authorities which have a case rate of more than 150 cases per 100,000 are likely to end up in level four - when only essential shops can open and hospitality must close.

Cases will also need to drop to below 50 per 100,000 in a local authority before it will be considered for level two, much lower than the previous rate of 150 per 100,000. That is the level where non-essential journeys outside the authority boundary are allowed and pubs can serve alcohol. 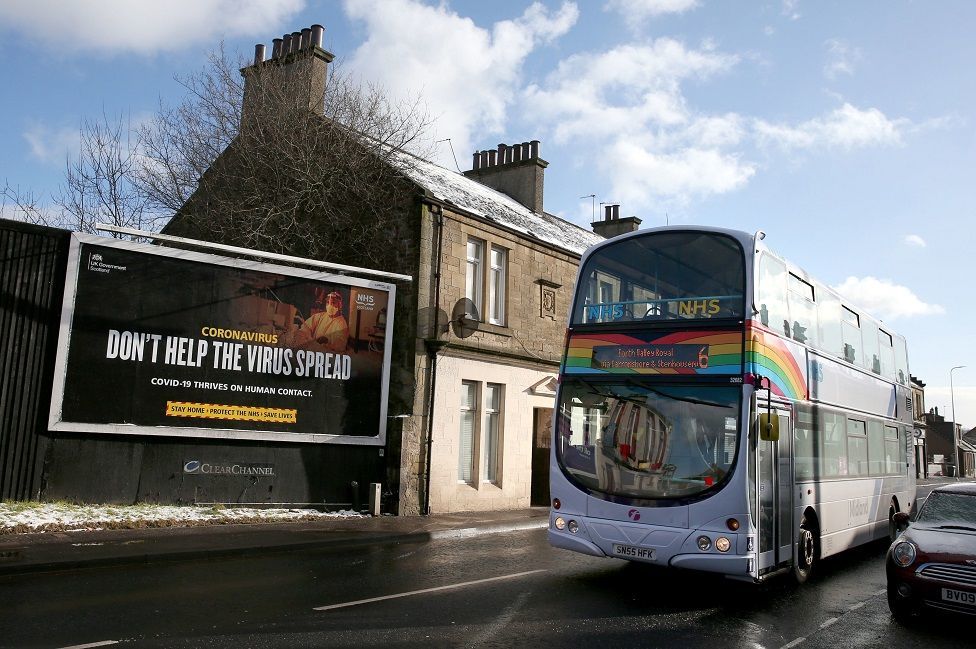 The government says the changes have been informed by World Health Organisation (WHO) guidance, which indicates that some thresholds should be tightened.

The document says this "will have the effect of keeping some areas in higher levels than they would previously have been for the same level of incidence, which we see as a necessary response to increased transmission of the new variant".

There will also be some changes to the positivity rate thresholds from the levels which were originally set out in October, but the threshold for level two remains 5%.

The positivity rate is the percentage of all tests that come back positive and is a key measure in judging the level of community transmission within a country or local area.

What are the new case rate thresholds?

The rate is calculated by adding up all the cases over the previous seven days and then dividing by the population of the local authority. This number is then multiplied by 100,000.

The Scottish government has decided to align its tiers with the WHO's "situational levels", which range from level nought - with no known cases in the past 28 days - up to level four, which is defined as an "uncontrolled epidemic".

The strategic framework document says that the weekly case rates and percentage of positive tests will remain "core indicators" when deciding which level a local authority is placed in.

What's the current rate in my local area?

The number of positive cases in each local authority is published daily by Public Health Scotland.

The most recent data often underestimates the number of positive tests as there are sometimes delays before results are recorded, so this chart uses figures from a few days ago.

The chart has been colour-coded to reflect the new case rate thresholds outlined in the strategic framework. 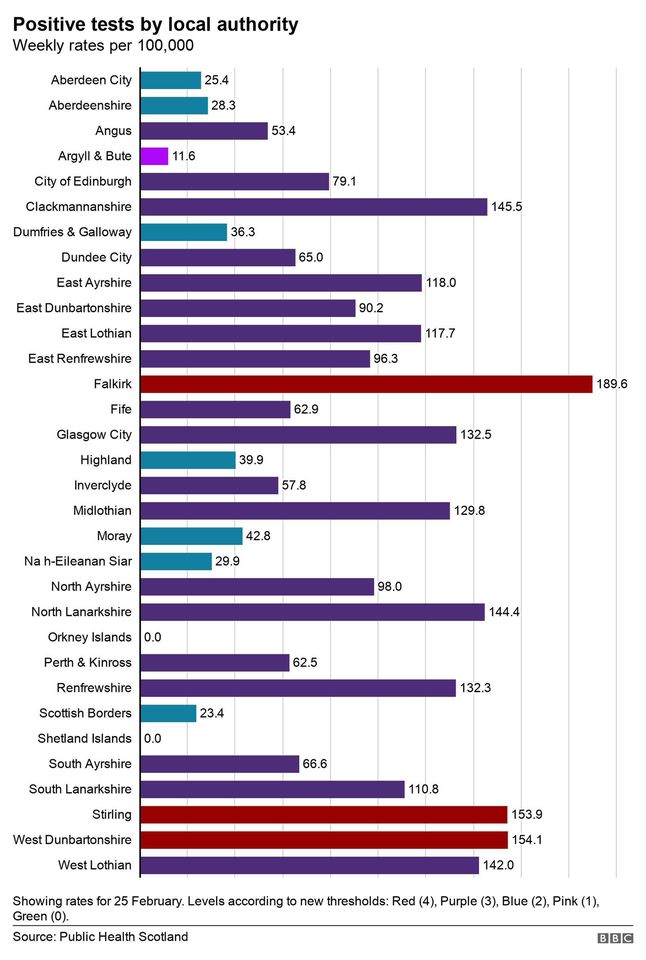 Currently there are three local authorities above the level four threshold: Falkirk, West Dunbartonshire and Stirling.

Why are the changes being made?

The strategic framework document, published on 23 February, says there is a need for a "more stringent approach to the levels" when the system returns.

The more cautious approach is necessary to protect against further variants of Covid-19, the Scottish government argues.

"Our experience over the last few months and the changed landscape brought about by the new, more transmissible variant, in particular has shown that we cannot assume that the protective measures applied within the original levels approach will have the same effectiveness as when first implemented," the document says.

"However, it is also likely that the roll-out of the vaccine programme will reduce the transmissibility of the virus for any given level of restriction.

"To address this issue, we have decided to adjust our levels approach primarily by rebasing the indicators that we use to guide decisions on the allocation of levels on those recommended by the WHO in their most up-to-date interim guidance."

The WHO's latest guidance was published in November 2020, before Covid vaccines were approved.

The Scottish government's document also says that the "content of restrictions" within each level will also be kept under review.

This means that changes could be made to the existing rules in the levels system around travel, retail and hospitality.