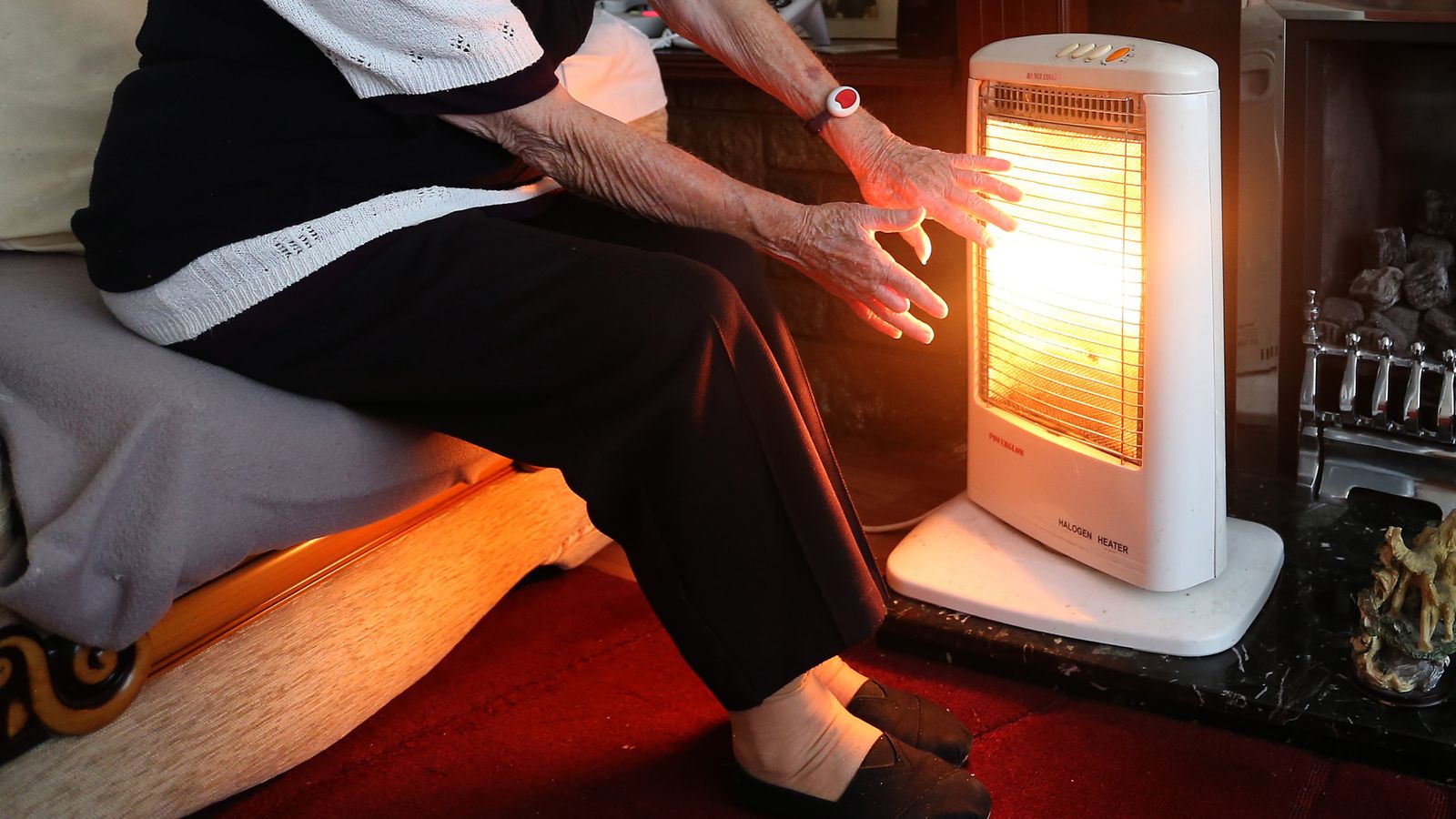 Grim budget forecasts for struggling households imply widespread destitution and an economic winter of the kind we have not ever seen outside of war.

The UK has been through all sorts of ups and downs (sadly more of the latter than the former) in recent years.

There was the financial crisis of 2008 and the recession that followed, a lost decade of stagnating real wages and productivity, Brexit and of course the COVID-19 pandemic and its associated lockdowns. 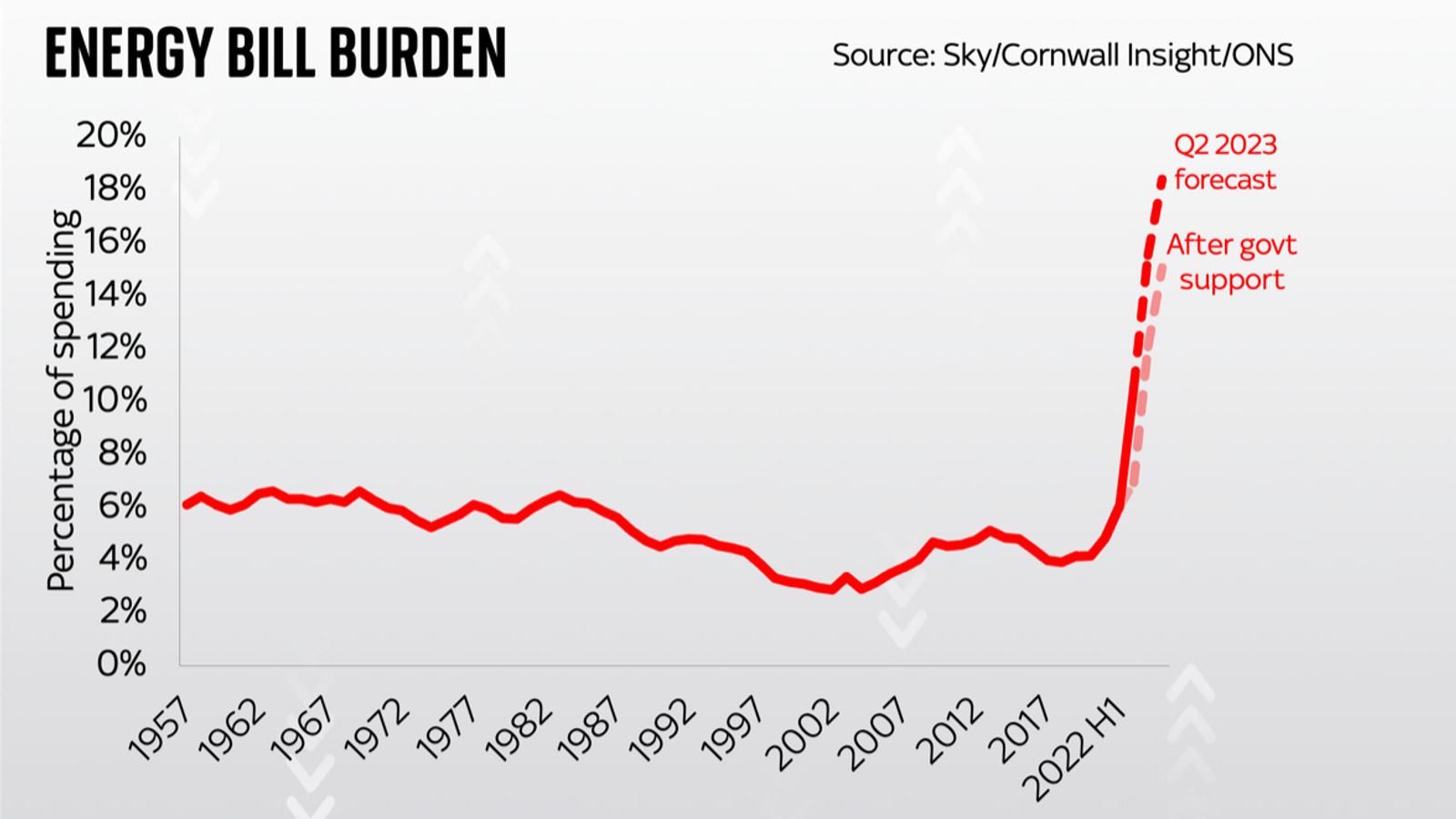 Each of these events constituted a big economic moment, but none of them will prepare us for what we are about to experience this winter.

Because energy crises are simply different.

This time around it is not the financial plumbing that has broken but the most important forces in all our lives: heat and power.

But this crisis is one of those moments where we are being forced to pay attention.

Nearly all economic activity is, one way or another, a form of energy transfer.

The implications are enormous

Most economic output depends, somewhere along the line, on energy, whether it's the power for your computer or the natural gas and coal we burn when we make glass or steel (or silicon chips).

All roads lead you back eventually to energy in all its guises.

So when the price of that ubiquitous, essential force goes up like it has done recently, the implications are enormous.

This is not a UK-specific issue; every country around the world is grappling with this challenge - European nations most of all - but Britain's slightly odd way of setting domestic prices means it provides a stark example of the scale of the issue.

The system works roughly as follows: every six months the regulator, Ofgem, looks at wholesale prices, runs them through its model which allows for some extra costs including the legacy of expensive renewables and a small margin for suppliers, and sets an average unit price for gas and electricity.

Those prices are most often announced in the form of a "household average" based on typical usage. 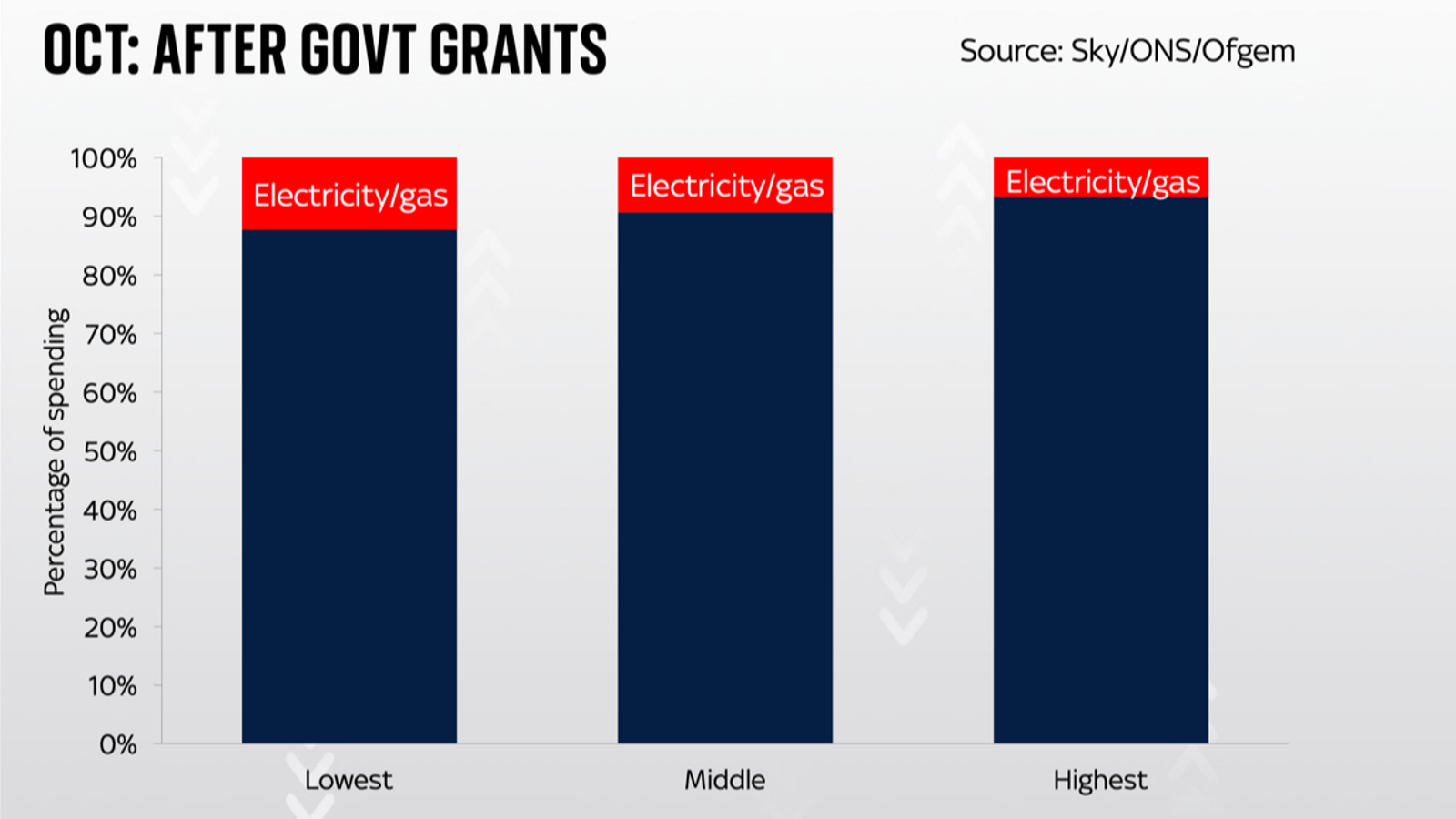 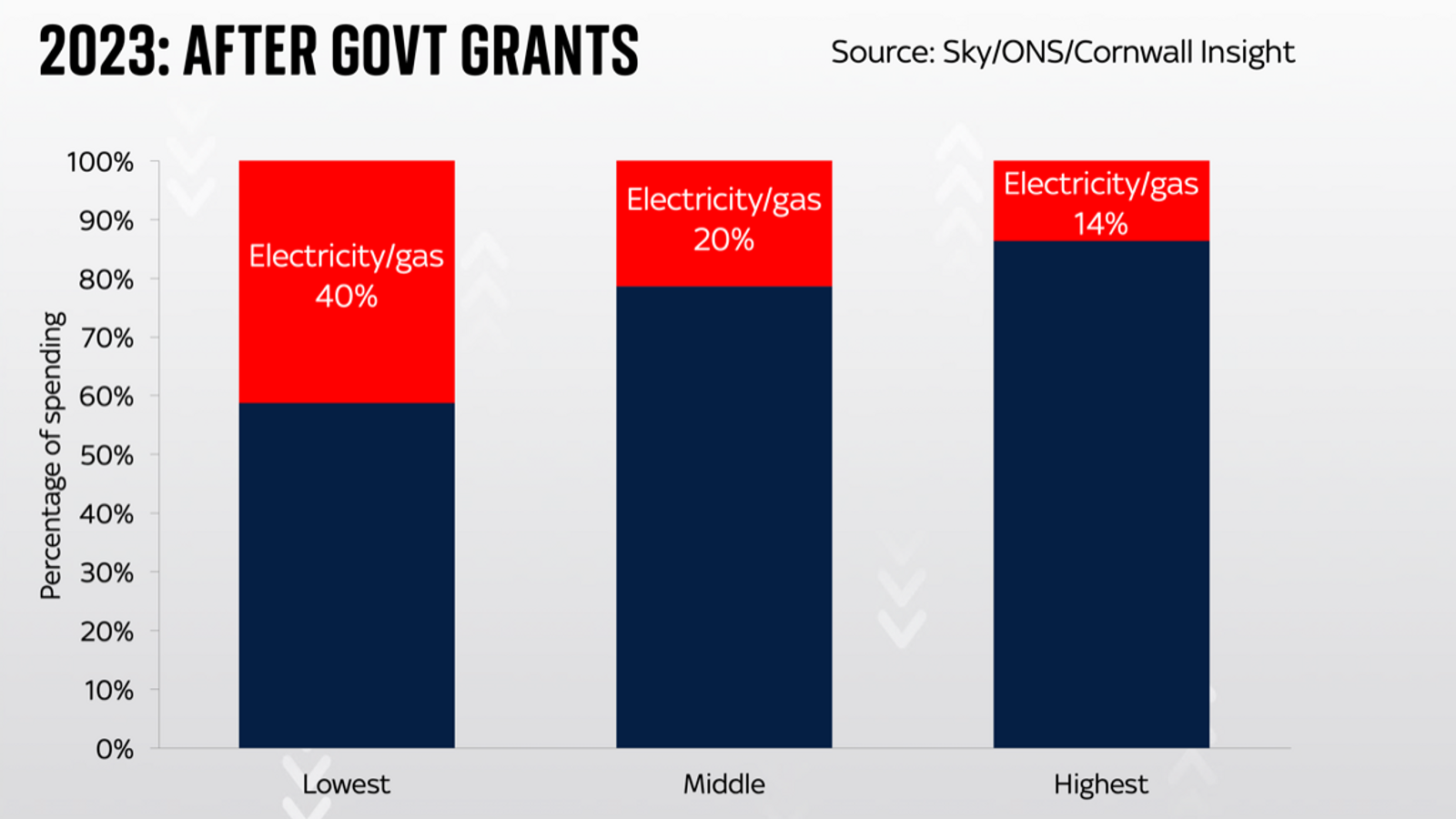 Last time the cap was announced the average was £1,971; now Ofgem has announced it would go up to £3,549 from the start of October.

However, these bare numbers only tell you so much.

So the best place to look next is at typical household spending and to see what those kinds of numbers mean as a proportion of our typical outlay.

Part of the reason many of us take energy for granted is that it has been relatively cheap in recent decades - though the word "relative" is important here: for some families, energy costs have long been a serious burden.

Still, averages are the simplest measure we have here, and the average amount households paid for heating their home and providing electricity between 2000 and 2020 was about 3.9% of their total spending.

This was low in both historical and relative terms: between 1957 and 1987 the proportion we spent on heat and power was just over 6%.

But factor in the latest increases in the price cap and things start to look grisly.

The proportion we spend on heat and power has been creeping up in recent years, up to around 6% in the middle of this year - when the price cap hit £1,971.

This was the highest household "energy burden", as we might call it, since the mid-1980s.

But the October increase will push the energy bill burden up to 10.5% of typical expenditure.

This would be comfortably the highest level since comparable records began in 1957.

To put it into perspective, it is about the same as we currently spend on food and drinks, though of course they are also going up in price (in large part due to high energy costs - you see, all roads lead back to energy). 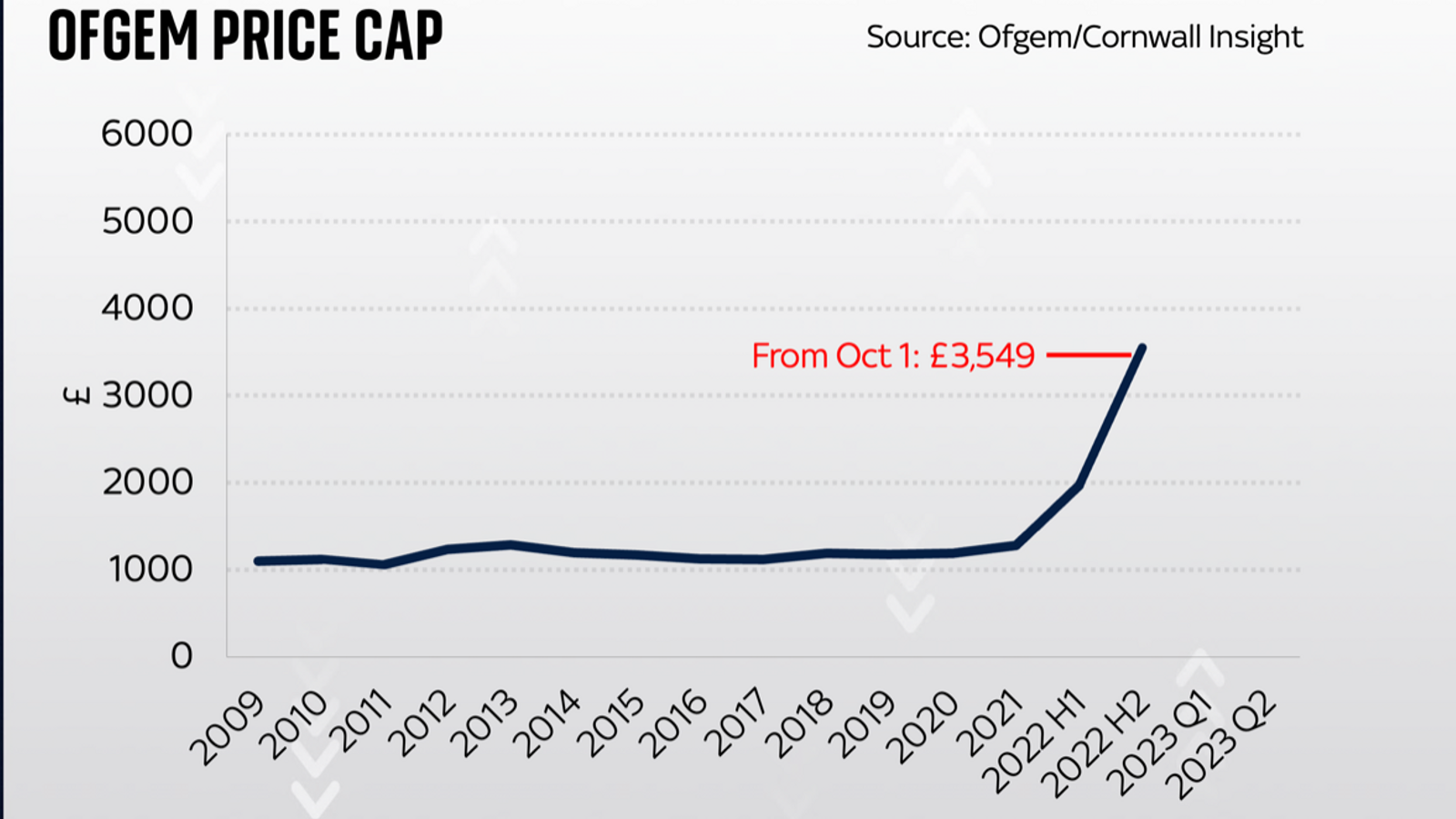 Now, the government has introduced a set of measures to help: there is a £400 grant for all households, a council tax rebate of £150 for most households and an extra £650 for those on means-tested benefits (as well as grants for pensioners and those on disability benefits).

At the time, this was a genuinely generous package, costing over £30bn.

However, even once you factor this into our calculations, the average household will still face energy bills of 6.9% of their total spending.

This would be the highest level ever - albeit lower than that 10.5% it would've been without government help.

The problem, however, is that this is highly unlikely to be the end of it.

It's extremely hard to predict the future course of wholesale gas prices, but based on where futures markets are pointing now, Cornwall Insight, an analyst, thinks the price cap would exceed £5,000 when it is next calculated in November (the cap will be revised every three months from then - a procedural switch being introduced by Ofgem at the worst possible time).

It would go above £6,000 in the spring, based on current trends.

This is beyond implausible

Given the energy bill burden is already going to be at a historic high in October, it goes without saying that these future increases would take us towards catastrophic territory.

At those kinds of levels, the average household would have to pay about a fifth of their household budgets on energy bills.

Poorer households would have it even worse: my slightly rough-and-ready calculations suggest that even after those generous government grants about 40% of their spending would have to go on gas and electricity.

This is beyond implausible.

It would imply widespread destitution and an economic winter of the kind we have not ever seen outside of war.

All of which is why it seems implausible that the next prime minister, be it Liz Truss or Rishi Sunak, will not intervene, and intervene big, this winter. 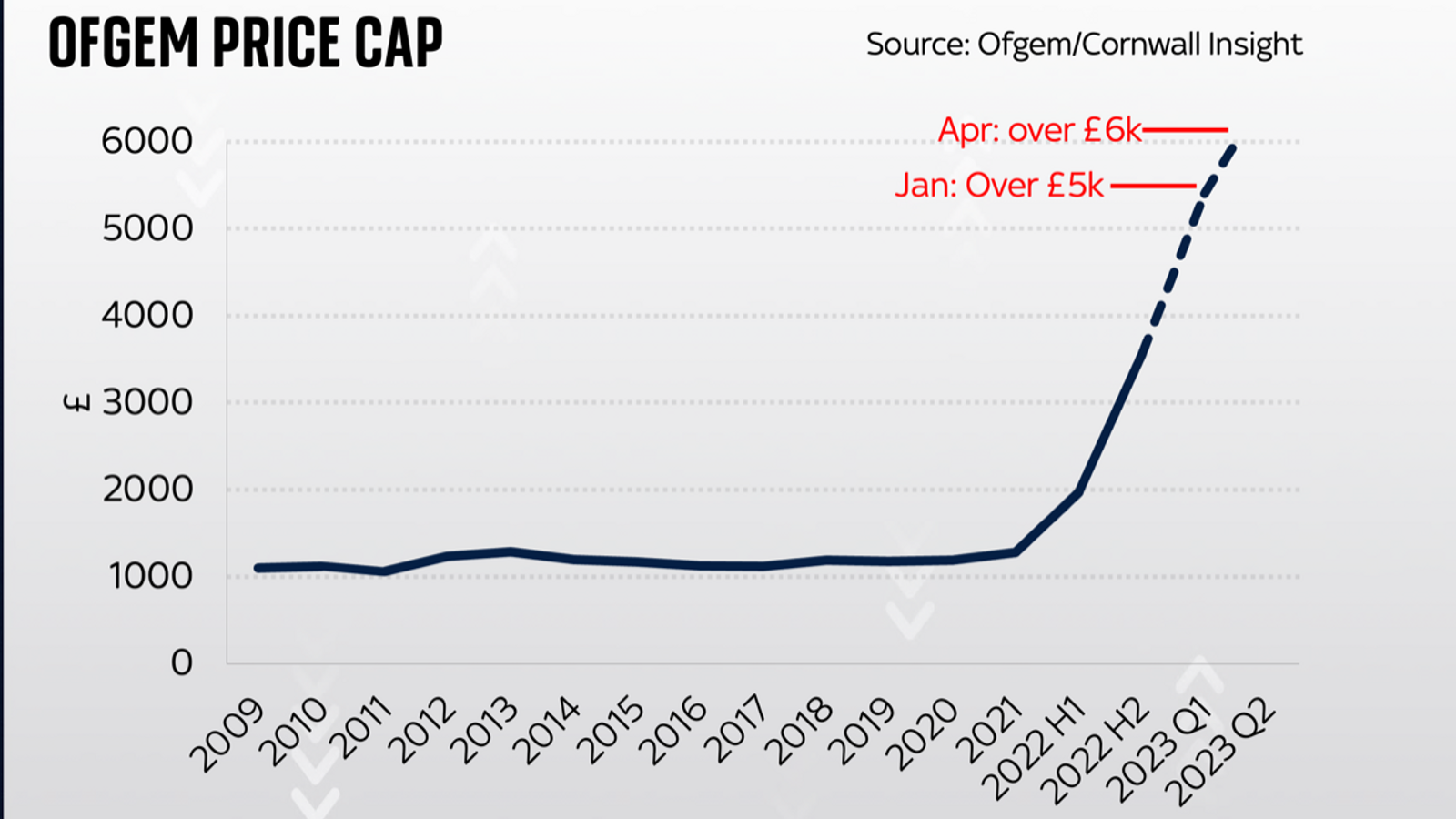 This moment feels not unlike the days and weeks before the announcement of the furlough scheme in early 2020: the UK was heading towards a lockdown yet the government had yet to announce extensive support, save for a few small-scale schemes.

In the end, it delivered the single biggest intervention in post-war history.

The furlough scheme ended up costing more than £50bn a year - and had enormously far-reaching consequences we are all very familiar with.

That brings us to the current situation.

The government has already committed around £30bn to energy bills.

Mr Sunak and Ms Truss have both outlined schemes which will involve the distribution of a few more billions of pounds of support.

This is unlikely, given the scale of what we've discussed above, to be enough.

It would not prevent widespread increases in fuel poverty, and a very deep recession.

Sir Keir Starmer has suggested a more radical policy: freeze the energy price cap where it is now, at £1,971.

This would certainly prevent a sharp increase in fuel poverty and many economists think the eventual prime minister will have to go for something similar.

But how much would it cost?

A rough and ready calculation suggests the following.

This is big stuff, with enormous consequences

If the price cap goes up in line with Cornwall Insights' projections and exceeds £6,000 next spring, it will cost a whopping £120-130bn.

It would be more than twice the scale of the furlough scheme, sending the UK's national debt up well above 100% of GDP.

In short, this is big stuff, with enormous consequences.

And we haven't even got on to the consequences for businesses, which are doubly important here since if businesses start collapsing in droves then that also means the collapse of earnings for many families around the country.

Now, much of the above (including those costings) depends on what happens next with energy prices.

It's quite possible that after the current spike, gas and electricity prices (which are being kept high by a combination of factors, most obviously Russia's invasion of Ukraine) could moderate.

Then again, it's also plausible that Europe loses Russian gas altogether this winter, which would likely push gas prices even higher than their current levels.

It would be grisly for all concerned.

The UK can at least comfort itself that it is slightly more insulated against the possibility of running out of gas than, for instance, Germany.

But if there is a cold snap it's anyone's guess what happens next.

It is all rather depressing, but this is the logic of energy.

An energy crisis, as I've said quite a few times in the past year, is an everything crisis.

We are starting to find out what that means.