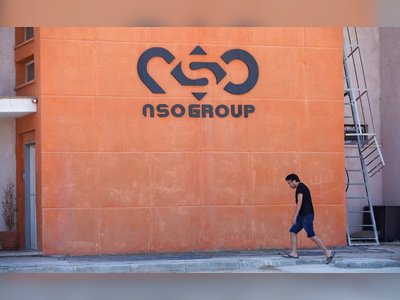 Ken 70 days ago
The small hats were the ones that owned the slave ships bringing blacks from Africa to the United States, I find it strange that the blacks hate the Asian people and not the small hat people. There are some good articles written about the ports on the east coast that were used and the high percentage of blacks that died on route, but the males were chained up in the bottom of the boat for mobths at a time. The woman and kids were allowed up on deck. Laying in excrement for months on end would make me hate the ship owners and slave sellers. But maybe that's just me E

Get a life. Be better instead of spreading hate against people who support you and your economy.
(and by the way - what NSO is doing is done by your government, against the law and against the constitution, so why the fire is pointing only against NSO and not any privacy-violation?)

Ken 71 days ago
Just kick all small hat people and their businesses out of the country. The USA does not need the money changers
London Daily
Add Your News
0:00
×