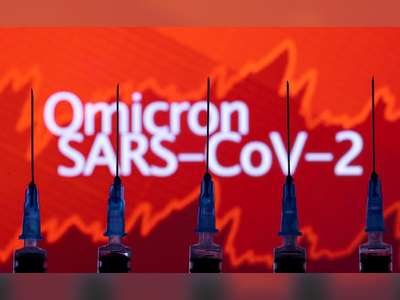 "The global community is faced with the threat of a new, at a first evaluation, highly transmissible variant of COVID-19, which requires urgent action," the health ministers said in a statement following an emergency meeting.
View full article

Manny 211 days ago
Are you kidding me again? Enough of this BS, PanaTimes. Look up some of the research done by Jon Rappaport and serious scientists who have been writing about and researching this for a couple years.
The VIRUS doesn't exist. It hasn't been isolated. Seven Ivy League school labs tried finding evidence of it in 2020, and couldn't. What they found was evidence of Influenza A and B. They then asked the CDC for a sample of this novel virus so they could independently verify its existence. None is available and still none can be had. Try finding a sample to test in an independent lab. You won't be able to.
It was a soup of flu snot and monkey viruses fleshed out through computer code. Specious!
This means, variants also DON'T exist. There is NO TEST for any of them.
The PCR test is not a diagnostic test. It doesn't measure the amount of virus in anyone, only RNA remnants that could be from past flu bouts. It's like figuring out what a person looks like from a strand of hair. The PCR test has been manipulated for the purposes of enabling lockdowns and lead to an economic downturn.
African countries have a very low rate of vaccination because HCQ is sold over the counter for malaria in pharmacies. This scaremongering is a way of passing illegal vaccine mandates in the region and stampeding everyone around the planet into getting more shots and boosters which have been so far led to more deaths than all other vaccines combined. They're also leaving people seriously maimed and bankrupt. Why don't you feature news about the many protests around the world, which are growing by the day. Enough already. The horses have left the barn.
Stop the insanity. This is NOT science.
London Daily
Add Your News
0:00
×