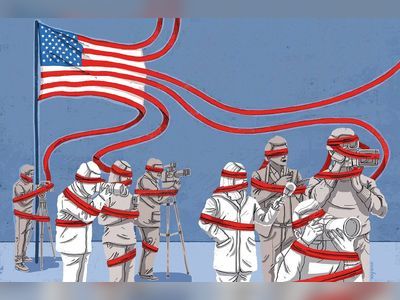 A Texas law forbidding social media oligarchs from censoring legitimate free speech out of political agendas supporting 'the other side', has been blocked by the US anti-democracy Supreme Court.

The dispute is not about the right to censor prohibited content. Everyone agrees that there is a duty to do so according to the criminal law system, anyway. The controversy is about the sole control of the oligarchs of the 'public discourse monopoly' in the United States to allow freedom of legitimate speech supporting the other political side. The question now is, if the constitution is above, or below, the US oligarchy. Before, the question was if everyone in the USA had equal rights to take part in a legitimate public discourse, or if only one side can talk and the other side is only allowed to listen.