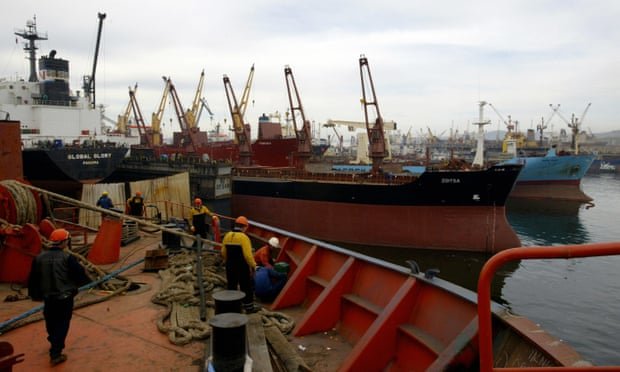 Benefactor pays bills to ‘earn God’s blessing’ after suicides blamed on rising cost of living
Poor neighbourhoods of Istanbul have been visited by an anonymous benefactor paying off debts at grocery stores and leaving envelopes of cash on doorsteps, at a time when desperation at the spiralling cost of living has been blamed for recent suicides.

Residents of Tuzla, a largely working-class shipbuilding district on the Asian side of the city, were overjoyed last week to find their shopping bills in several grocery stores had been cleared by an unknown male benefactor.

“Someone came and asked me to show him the notebook where I record customers’ debts,” Coşkun Yılmaz, the owner of one of the shops, told Demirören news agency.

“There were four people with large amounts outstanding and I told him where they lived. He came back again after talking to them and paid all the debts. I also learned he gave extra cash to those families,” Yılmaz said.

“I asked him his name and he told me: ‘Just call me Robin Hood’.”

Food prices and rent soared after the Turkish lira crashed in 2018, and while inflation has now dropped to 8.6% from a high of 25%, unemployment is still rising and electricity is 10 times more expensive than last year.

The same benefactor is believed to have been behind envelopes containing 1,000 lira (£135) which were slipped under the doors of needy families in other working-class neighbourhoods across the city in March, when food costs hit a peak, and paying off 25,000 lira (£3,370) in grocery store debts as an Eid present in June.

“[The man] told me he was there to pay the debts of those who cannot afford it,” said Tuncay Yaşar, another grocer in Tuzla.

“I have been here for 30 years and it was the first time I came across such a deed. My customers were very happy and wanted to see him but I don’t know who he is. He did not give his name and said he was doing this ‘only to earn God’s blessing’,” he said.

Turkey has been shocked by a recent spate of apparent familial suicide pacts which have been blamed on rising poverty.

Earlier this month in Fatih, one of Istanbul’s most conservative neighbourhoods, the Yetişkin family: two men and two women aged between 48 and 60, left a note on the door of a flat warning neighbours not to enter due to the presence of cyanide. When police arrived they found four bodies.

According to friends, the family had been trying to get by on the wages of just one member, a music teacher, and had been battling health issues as well as depression and anxiety over growing debts and their inability to find work.

The next day a family, including children aged five and nine, was found dead at home in Antalya, suspected also of having taken an overdose. The father, who had been unemployed for a long time, left a note explaining their financial difficulties.

Turkey’s largely pro-government media and officials have rejected claims that the recent deaths are linked to rising poverty. The ruling Justice and Development party (AKP) has a largely working-class voter base.

The AKP was punished by voters across the country for Turkey’s economic crisis in local elections earlier this year, the first significant check on the power of the president, Recep Tayyip Erdoğan, after 16 years in office.

In October the finance minister, Berat Albayrak, unveiled measures to tackle the rising cost of living, including a freeze on energy prices and an agreement from the private sector to cut goods prices by 10%.
Add Comment