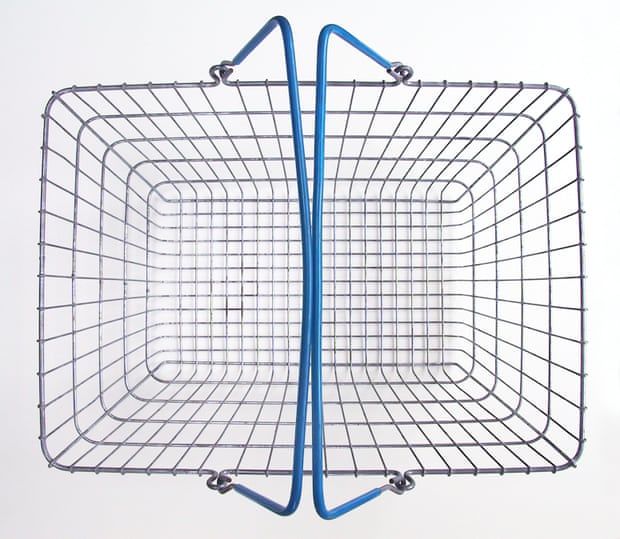 Shoppers are urged to spread their payments for staple foods and treats to help cope with “these difficult times”. One promotion states: “Regardless of your credit rating, we will offer you a tonne of credit to do your shopping with.”

The sector faces new regulation, but welfare groups warn the new form of credit is “like a runaway train”. The products typically offer interest-free credit with the money paid in three or four instalments over a month or longer.

Klarna, the biggest player in the buy now, pay later sector, has focused on partnership deals with retailers selling fashion and household items, but some operators are promoting credit on groceries, fast food and hot drinks.

An investigation by the Observer has found:

*  The tech finance firm Zilch, valued at £1.5bn, is advertising a buy now, pay later deal with superstore Iceland, with ready meals, pet food and fizzy drinks on offer with a first payment of 25% of the shelf price, and the balance paid interest-free over six weeks. The firm also promotes home-delivered food and coffees on interest-free credit.

*  An online grocery store called Flava is offering buy now, pay later credit to struggling families without credit checks for products from Kellogg’s Coco Pops to Pot Noodle. Its website states: “Stop worrying about how you are going to survive the lockdown.”

*  Clearpay, one of the biggest buy now, pay later operators, promotes vodka and gin retailers and online sweets stores on its website, where the products can be bought on interest-free credit over six weeks.

Mehmet Sezgin, a former board member of MasterCard Europe, and a global retail banking expert, said: “No one should buy perishable items like food on credit. It’s an invitation to indebtedness and bankruptcy.”

A report by Bain & Company, a consultancy firm, has estimated the market is worth about £6.4bn a year in the UK, based on industry data, and is used by about 10 million shoppers.

The Treasury is to publish proposals later this year on regulating the sector, which is not covered by consumer credit laws because no interest is charged on the debt. Some of the firms do charge transaction fees and penalties for late payments.

One in three buy now, pay later users have missed a payment or made a late one, according to a report published last year by the welfare charity Citizens Advice. The report found consumers using the credit products had also been charged £39m in late fees over one year.

Rachel Beddow, principal policy manager at Citizens Advice, said: “It is like a runaway train. You can shop 24 hours a day and easily lose track of how much you owe, and there’s not enough protection for people who end up slipping into debt.”

The UK firm Zilch, which describes itself as the “fintech darling of the UK”, is one of the first buy now, pay later providers to be operating with consumer credit authorisation from the Financial Conduct Authority (FCA), but faces scrutiny over its promotion of its product for groceries, beverages and home-delivered food.

Online food store Flava has pioneered buy now, pay later for groceries, offering “£100 credit guaranteed”. The website, which says it offers a “tonne of credit”, says: “If you’ve struggled with credit in the past, a needless search on your credit file will only damage it further, which is why we don’t do it.”

The repayments can be made over four weeks and are interest-free. Many of the Flava promotions are for products high in sugar and fat. Its special offers last week included 2.7kg jar of Original Choc Nibbles for £18.99 and a Dobsons Cream Soda Mega Lollies jar for £18.

A review by the FCA’s former interim chief executive, Christopher Woolard, into the unsecured credit market, published in February last year, said buy now, pay later could be a useful tool, but a shopper could quickly amass £1,000 of credit using multiple lenders and it could cause consumer harm.

Michael Donald, a former director of Visa UK and founder of the UK digital payment app ImageNPay, said: “There needs to be tighter controls to block certain categories which are a fast track for the less fortunate in society to spiral into debt.”

Zilch says it offers a better, more affordable option for consumers than credit cards and does not permit any instalment payments on items costing less than £5. It also offers its customers to pay by debit in one payment and earn cashback. Philip Belamant, founder and chief executive, said: “Customers can choose to pay in four instalments, which tend to be £45-£65 purchases, or pay in one with debit. We’re educating consumers. Zilch can be used as a traditional credit card alternative without the interest or any fees for late payments.”

The company said it had safeguards for customers, which included freezing further spending when an instalment has not been paid.

Clearpay said: “We enable customers to make interest-free purchases without the risk of falling into a revolving debt trap.” Flava did not respond to a request for comment.

Alex Marsh, head of Klarna UK, said: “Unlike credit card providers, who for decades have kept people in debt with sky-high credit limits, minimum payments and rip-off interest rates, our BNPL products are interest and fee free and provide consumers with a clear repayment schedule.”

Laybuy, another leading buy now, pay later provider, said its credit is not intended to be used for groceries, alcohol or fast food.

A FCA spokesperson said:“Buy now, pay later products need to come into regulation. It is vital the law, which sets our remit, adapts as the market innovates, so new products and services develop in a way that benefits consumers and that action can be taken to prevent harm.”