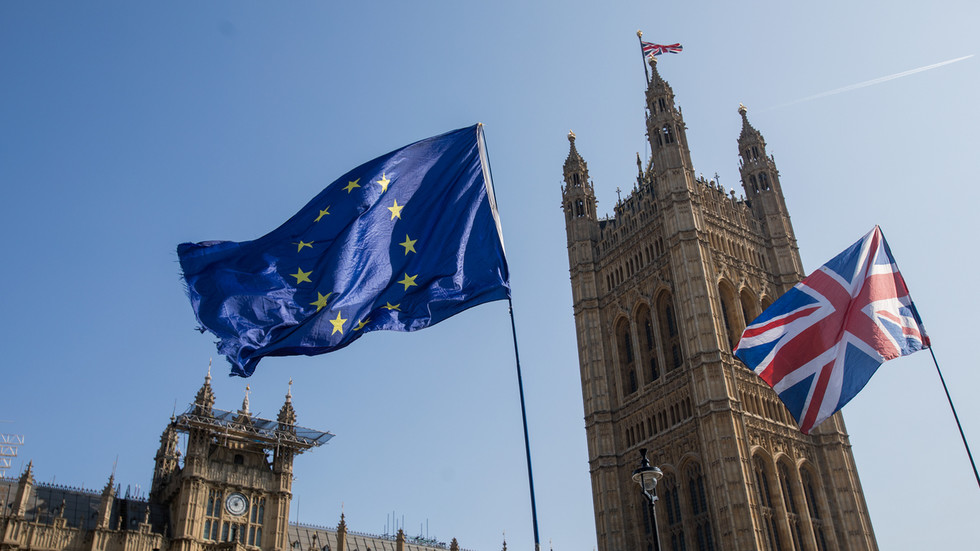 As the Brexit endgame moves ever closer, the EU says it will sue the British government over its intention to breach the Withdrawal Agreement. But it’s a hollow threat borne out of exasperation over the UK’s tactics.
As the European Union launches legal proceedings against the UK over its stated intention to breach the agreement, in reality the bullies of Brussels are simply trying to pile on the pressure until a deal is finalized or we leave without one.

Hollow threats are a go-to weapon in the EU arsenal.

Because it looks like a deal of some description will happen after all the ill humor of 2020. Despite sticking points, behind-the-scenes briefings and a broad disagreement about how to approach an agreement, this latest move is really just for show.

The legal procedure the Commission has flagged up takes a notoriously long time to achieve anything, and will join the other 800 infringement procedures already open on the EU books.

Sure, it sounds good with European Commission President Urusula von der Leyen standing at the podium before the world’s press to have a crack at the British government as the UK nears the inevitable Brexit transition period deadline of December 31. But it’s a token gesture.

The UK has been here already this year, with legal action launched by the EU against it for ignoring freedom of movement rules during the Brexit transition period and a decision announced by the European Court of Justice for handing city traders what was determined to be an illegal tax break, to which Brussels objected.

Then there was the action against the UK last year prompted by the refusal to appoint a commissioner to the bloc of which we were about to leave. It was crazy procedural nonsense, costing lord knows how much to the taxpayer but, as you can imagine, the lawyers in Brussels just love this stuff. Oooooh, money, money, money!

Dealing with the EU, even from inside the club, is like a neverending boxing match. It’s about assessing your opponent’s strengths and weaknesses. Feinting and parrying. Using clever footwork. Playing rope-a-dope until either contestant is legally punched out. If you can stay on your feet, there is always a 50-50 chance of success.

And as in boxing matches, it’s a clash of styles which makes for entertainment. So it is here, with the grey men and women of Brussels and their alligator-skin briefcases stuffed with rules, regulations and procedural outlines dictating the way they believe negotiations should be held with a third-party country, like the UK.

Then you have British PM Boris Johnson and his team, who were quite open about declaring that they had every intention of breaching the rules of the game in a “very specific and limited way” to achieve their own ends.

While dragging the UK’s reputation through the mud – our word no longer our bond – BoJo has used every trick in the book to gain the upper hand, even launching, and landing, the odd low blow. Pretty it’s not, but it seems to be working.

Like an opponent in the boxing ring who knows defeat is imminent, the EU complains at every opportunity. The UK negotiators are not serious, they’re dragging their heels, they’re rushing things, they won’t be clear, they’re too specific. Every day it’s something new in this most tedious and acrimonious of battles.

The UK has certainly sullied its reputation during this whole messy business, but the EU will not emerge from the ring reputationally intact either. Constant legal niggling, accusations of acting in bad faith, and an overwhelmingly patronizing attitude towards a nation that decided it wanted out of the whole project will make a lasting impression on the British people.

And while BoJo has not covered himself in glory, at least come December 31, we will be able to say au revoir as we leave the ring, certainly bloodied but nonetheless unbowed. Any pending legal actions hanging over the UK will be dealt with in due course, but most people will agree that they are a price worth paying for freedom.
Add Comment