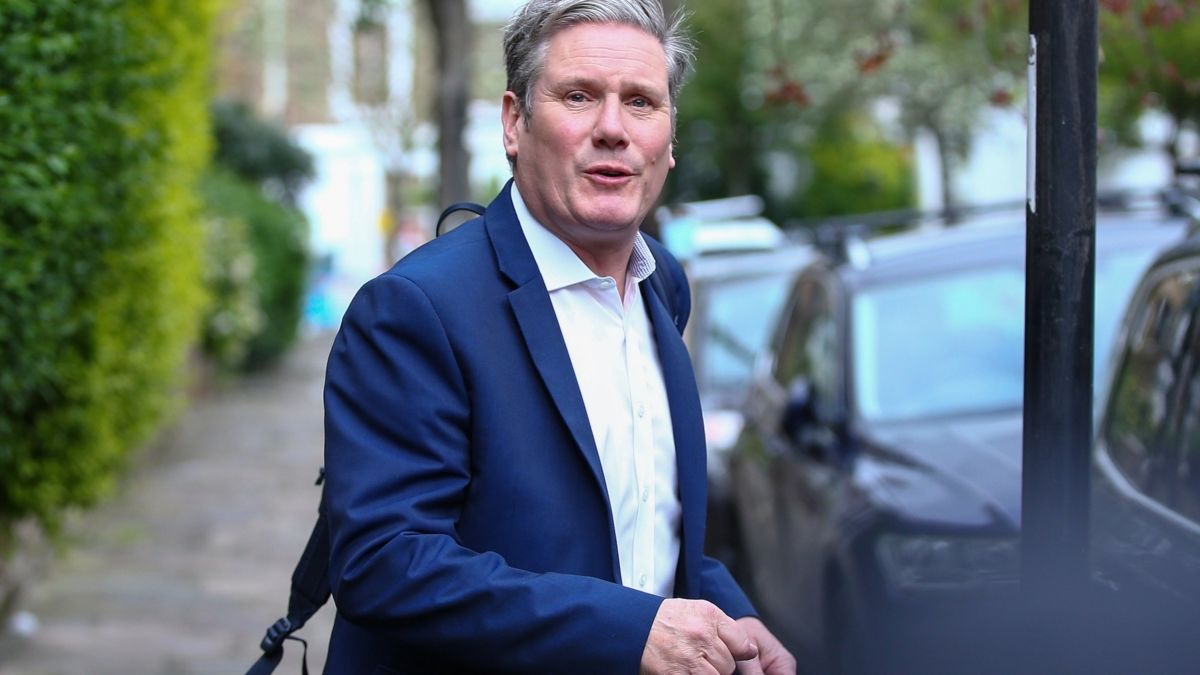 The Labour leader vowed to "move on arguments of the past" and seek to "make Brexit work".

He said the UK was "stuck" and needed a plan to get its "economy growing again".

And he recommitted to keeping the UK out of the EU single market, customs union and free movement rules.

Speaking to the BBC's political editor Chris Mason before the speech, Sir Keir said: "We want to go forward, not backwards. And therefore this is not about rejoining the EU.

"It's very clear that what we can't do is reopen all those arguments, all those divisions that caused so much anguish over past years."

He said the economy was stagnant under the Conservative government and its Brexit deal was "holding us back".

Labour's plan, he said, would focus on "unblocking" the government's Brexit deal by removing barriers to trade with the EU and taking steps to resolve border issues in Northern Ireland.

The Labour leader's address marked an attempt to regain control over an issue that has been a dividing line between the party's MPs, members, and some of its voters.

Sir Keir - who as Jeremy Corbyn's shadow Brexit secretary said the party should advocate staying in the EU in any second referendum - has largely avoided talking about Brexit during his time as leader.

Before Monday, he had not made a set-piece speech on the issue since the UK cut legal ties with the EU, and mentioned it just five times in a 11,500 word essay ahead of Labour's annual conference last year.

With official forecasters continuing to say Brexit has damaged the UK's economy, he has faced pressure within Labour - including from London mayor Sadiq Khan - to push for Britain to rejoin the bloc's single market.

On Monday Mr Khan told the BBC he disagreed with the party's position on Brexit and said the "country's future is best served being members of the single market".

Others in the party have expressed similar sentiments, including shadow minister Anna McMorrin, who recently told a private meeting she hoped the UK could return to the EU single market under a Labour government.

But in a speech at pro-EU think tank the Centre for European Reform, Sir Keir rejected that approach, arguing it would be a "recipe for more division".

He added: "There are some who say, 'We don't need to make Brexit work. We need to reverse it'.

"I couldn't disagree more, because you cannot move forward or grow the country or deliver change or win back the trust of those who have lost faith in politics if you're constantly focused on the arguments of the past."

What Sir Keir Starmer is doing today, in black and white, is making peace with Brexit.

He will say explicitly that a Labour government would not return to the single market, customs union or freedom of movement.

He has said these things before - but saying them all together is quite something.

Unlike the Conservatives, Labour MPs and party members were not split down the middle on Brexit. The vast majority of them absolutely hated the idea.

So today, the Labour leader is saying that argument is closed and he is turning a political leaf.

He will hope by doing that, criticism can't come back the other way accusing his party of secretly wanting to take the UK back in.

He will also hope it creates space to criticise the Tories' Brexit deal, not least on the Northern Ireland issue.

Sir Keir also repeated his promise not to re-establish the EU's free movement rules in the UK, arguing instead he would seek new flexibilities for short work trips and touring musicians.

The Labour leader said new trade barriers with Europe have created a "fatberg of red tape" for business to follow.

He likened the economic effect of Brexit to the "wet wipe island" blocking the river Thames in London, adding: "It is hampering the flow of British business — we will break that barrier down."

As part of a plan to "make Brexit work", the Labour leader promised to:

He also promised a new approach to post-Brexit border arrangements for Northern Ireland, which have proved highly unpopular among unionists.

The government argues the provisions, which it signed up to as part of the 2019 withdrawal deal, are causing economic disruption and must be changed.

After failing to secure the changes it wants during talks with the EU, it recently tabled legislation enabling it to go back on parts of the deal it doesn't like. 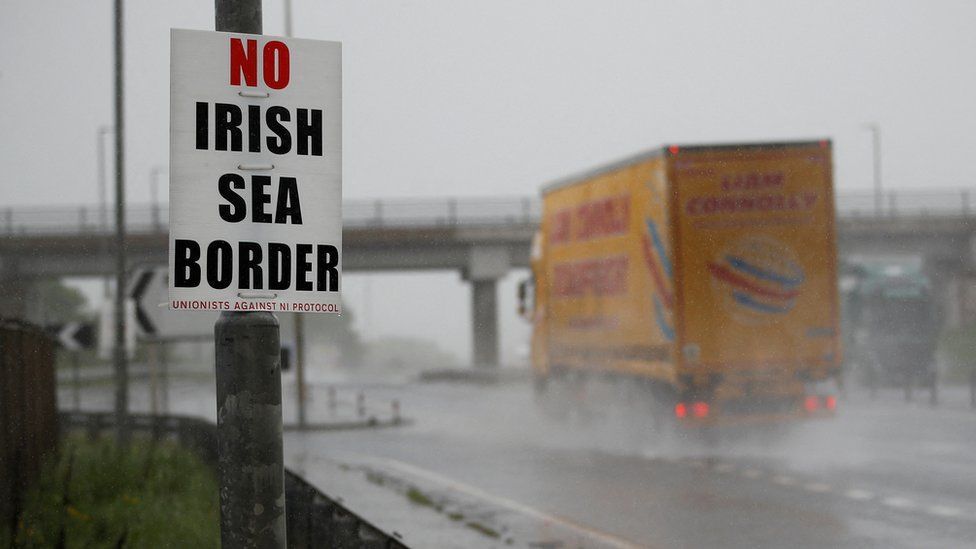 In his speech, Sir Keir accused minsters of "lashing out" and pledged to continue talks over the arrangements, known as the Northern Ireland protocol.

"The solutions are there, the desire is there. What is lacking is trust," he said. "Labour will change that. We will be the honest broker our countries need."

He also attacked the government's approach to regulating the economy outside the EU, accusing them of cutting rules and then "gawping at the power of the market".

"The government have missed Brexit opportunities time and time again. It beggars belief that during a cost of living crisis that they still haven't cut VAT on energy bills," he added.

"Labour will be sharper than this. We will use our flexibility outside of the EU to ensure British regulation is adapted to suit British needs."