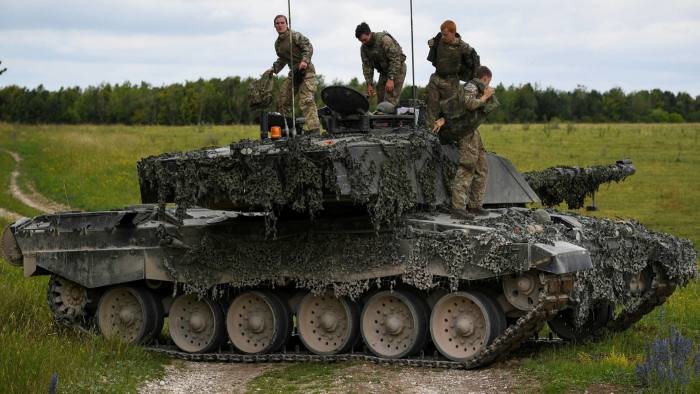 Leaving the EU is a hit to its clout. But Brexit is now a fact. As a Nato and UN Security Council member, G7 economy and nuclear power, the UK still matters.

The new role, to be set out in the imminent security and foreign policy review, draws on Brexiters’ twin belief in UK exceptionalism but also that leaving the EU was the shock therapy needed to make a sluggish economy more competitive. In Prime Minister Boris Johnson’s words, the UK is “a nation that is now on its mettle”.

There is a model for a once-mighty empire, eclipsed by newer powers, finding a way to rise again. It is not a country, but a company: Microsoft. Crunched between Apple and Google, Microsoft switched from a failing strategy of desktop domination to services built around customers. For Brexit Britain, the Microsoft model is instructive.

Inevitably, money is a main driver. The spending review will tackle defence costs, and resources will shift from the army into drone technology and cyber security. One person close to the review predicts a cut in troop numbers from 82,000 to about 75,000.

Many of the principles will be familiar, not least the centrality of the US alliance. But key to the new diplomatic and commercial approach is marketing British values as a comprehensive service, one with limitless chances to upgrade. Buy a Microsoft license and you get the Office suite, Teams, cloud services and so on. Buy into the UK and you get a champion of world order plus legal and education services and fintech expertise (of special interest to nations disconcerted by the spread of China’s Alipay).

On defence, the UK has pushed weaponry that is too high end. “Most places don’t need challenger tanks; they want small armoured patrol vehicles,” says one minister. Having more tailored products allows for upsell later on. Underpinning the package is a UK that champions free trade and a rules-based order (an easier sell before the government’s threat to breach an international treaty). “British values are at the centre of all this,” says a minister. Imposing Magnitsky-style sanctions for human rights breaches underscores the UK’s desire to be seen to be a good actor. It is pushing the case for turning the G7 into a “D10” group of wealthy, major democratic nations (adding India, South Korea and Australia). The theory is a virtuous circle of commercial and diplomatic goals.

This leads us to the review’s buzz phrase, the “Indo-Pacific tilt”. Next year will see a formal push to join the CPTPP, the trade pact that includes Japan, Australia, Canada, Mexico, Chile and Vietnam. This would place the UK in an expanding trade bloc.

But the tilt goes further. Dominic Raab, the foreign secretary, has put effort into courting Vietnam, though its current appetite for UK exports is tiny. Indonesia, Malaysia, Singapore and Thailand are also a focus. He laments “the intellectual laziness” of looking only at the major players. The tilt will inform defence decisions, boosting funds for the navy — maritime support for premium clients.

It is a decent notion and one that offers Brexiters a story to tell. Asia is the rising market. To adapt a Microsoft slogan, the UK wants to be “where’s next”.

How far this can be taken is arguable. The economic benefits of a tilt from Europe will take years to materialise. The UK is not a military power in the region, nor the only western country targeting a rising Asian middle class. The export opportunities outside Japan and China are real but small. The UK is also wary of going too far in souring relations with China, fear of which is the glue uniting the other nations. Decisions such as pushing Huawei out of its 5G development, defiance over Hong Kong and the moves to cut reliance on strategic Chinese investment and goods are already alienating Beijing.

And the tilt must not become a reason to neglect Europe or its markets. A prime policy goal must be ensuring stability in the UK’s backyard. History shows few European crises stop at the Channel.

Ministers seem to see Nato as the only relevant vehicle here. German overtures to maintain something akin to the E3 security grouping of France Germany and the UK have been rebuffed by London, which prefers ad hoc co-operation. This is a mistake. Influence comes not only from makeshift alliances but from routine collaboration.

A tilt is good but it must not unbalance the entire edifice. Britain as a service should be competitive in all markets, especially its nearest one.
Add Comment