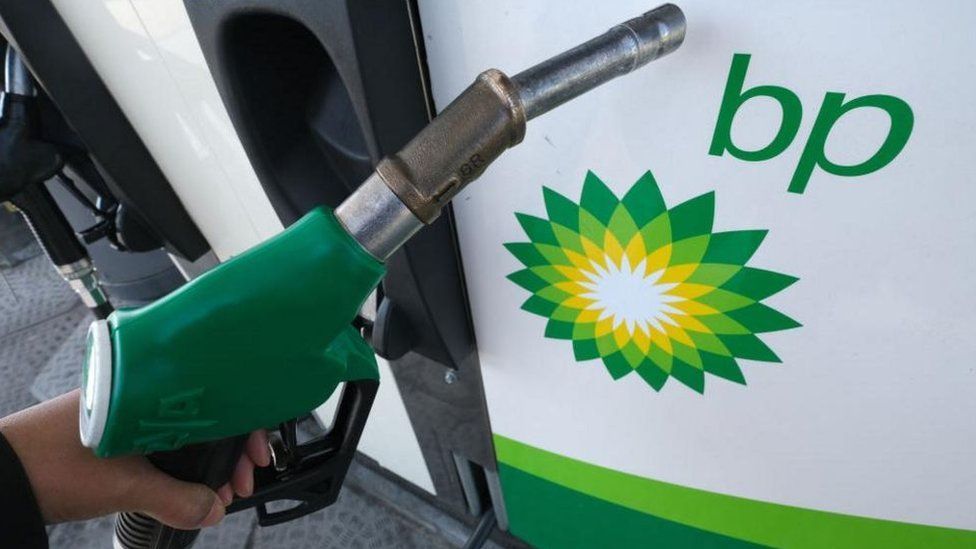 BP hits back at calls for windfall tax on bumper profits

Oil giant BP has rejected calls for a windfall tax on energy companies' bumper profits, saying it would reduce investment in UK gas and renewables.

That has prompted calls for a one-off tax to help support families struggling to pay their energy bills.

Labour said it was "only fair and right" that energy firms making higher profits should pay more tax.

But BP said: "Generally, a windfall tax on UK oil and gas producers would not encourage investment in producing the UK's gas resources.

"Very importantly, we also believe the UK should continue its [low carbon] energy transition as fast as possible. BP is committed to playing our part here," a company spokesperson said.

That has prompted criticism that energy firms are raking in excess profits on the back of fuel poverty and "creeping climate apocalypse".

But the oil giants argue they are facing an unprecedented challenge: while the global economy remains heavily dependent on fossil fuels, they are being urged to shift to lower carbon alternatives, and need big profits to fund that transition.

BP said over this decade the firm planned to invest more than twice what it made in Britain, the "great majority" in offshore wind, solar, hydrogen, carbon capture and storage and electric vehicle charging.

BP has moved further than many of its rivals, outlining a plan to increase its renewable power capacity 20-fold by 2030 and reduce its oil output by 40%, or more than 1 million barrels per day.

The strong results showed BP was doing what it had promised: "performing while transforming" BP chief executive Bernard Looney said.

What is a windfall tax and how would it work?

A windfall tax is a one-off tax imposed by a government on a company or group of companies.

The idea is to target firms that were lucky enough to benefit from something they were not responsible for - in other words, a windfall.

An example of such a windfall would be high energy prices. Companies that get oil and gas out of the ground are getting much more money for it than they were last year, largely because there has been so much more demand as the world emerges from the pandemic.

Last year's profit compares to a $5.7bn loss BP reported in 2020, when economies around the world were shut down due to the Covid pandemic.

But rising demand for oil last year, as economies reopened, combined with supply chain challenges, pushed energy prices sharply higher by the end of 2021. The surge in revenues prompted Mr Looney to describe BP as "a cash machine", with profits reaching more than $4bn in the final quarter.

Those profits come at a particularly sensitive time with UK households facing a cost of living crisis, which has already prompted the government to step in with a council tax rebate and loans to smooth the coming rise in domestic energy prices.

The Treasury said it would not comment on speculation over tax changes but pointed out that oil and gas firms' profits are already taxed at a higher rate than other businesses.

"A windfall tax could deter £14bn worth of opportunities awaiting investment, which would risk both security of our energy supply, as well as almost 200,000 jobs that rely on the industry," a Treasury spokesperson said.

The same high energy prices that are delivering crushing bills to households are seeing profits at companies like BP and Shell balloon. It seems like a no-brainer to tax one to solve the other.

Both Conservative and Labour governments have imposed windfall taxes before. But government officials and industry experts insist it's not that simple. BP and Shell's operations in UK waters have dwindled and they already pay double the tax rate of other businesses on UK-based profits.

Taxing them on overseas revenues is problematic as they already pay in the countries in which they operate. Previous windfall taxes have generally been on companies with predominantly UK based operations.

Even if you could design a mechanism to do it, the government is adamant that it would deter investment in securing the best yield from domestic fossil fuel reserves and be a raid on money that could be used to build or buy wind farms, generate hydrogen or install more electric car charging points.

Sceptics would say big payouts to shareholders dent the credibility of that, but others say shareholders are primarily pension funds so a windfall tax would be hitting savers. Whatever the merits of the arguments, with profits at Shell and BP set to rise significantly again this year as gas and oil prices stay high, it's unlikely calls for a windfall tax will go away.

However Labour and the Liberal Democrats have both called for a windfall tax on the profits of firms such as BP and Shell to fund more support for households.

"The boss of BP described the energy price crisis as a cash machine for his company - and the people supplying the cash are the British people through rocketing energy bills," said Ed Miliband, Labour's shadow secretary of state for climate and net zero.

"In these circumstances, it is only fair and right for oil and gas producers to contribute to helping the millions of families facing soaring inflation and a cost of living crisis."

Under a plan outlined by Labour last month, North Sea energy producers would pay higher corporation tax for a year to fund £1.2bn of help for households.

Liberal Democrat Leader Ed Davey said: "It simply cannot be right these energy companies are making super profits whilst people are too scared to turn their radiators on and terrified there will be a cold snap.

"A windfall tax is the best way to get money to the people who need it quickly, but also to make sure there is some sense of trust and proportionality in the system."

Only a fraction of BP's profits are generated in the North Sea, however, so a windfall tax applied only to those operations would raise limited revenue, while applying an additional tax to the firm's global profits might be more difficult to execute. 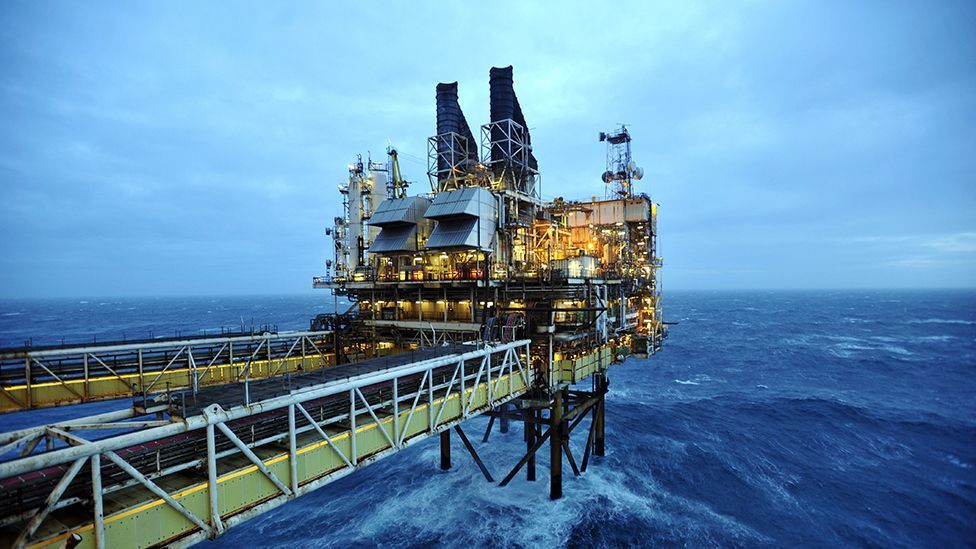 Former BP executive Nick Butler said what mattered most was not how much money the oil giants were making but how they chose to spend those profits.

"What society needs now is both the transition to low carbon and energy security," he told the BBC's Today programme.

"We need to invest in oil and gas because 80% of all the energy we use every day is oil and gas, and we need companies like BP and Shell investing in that supply to ensure volatility of the world market is mitigated."