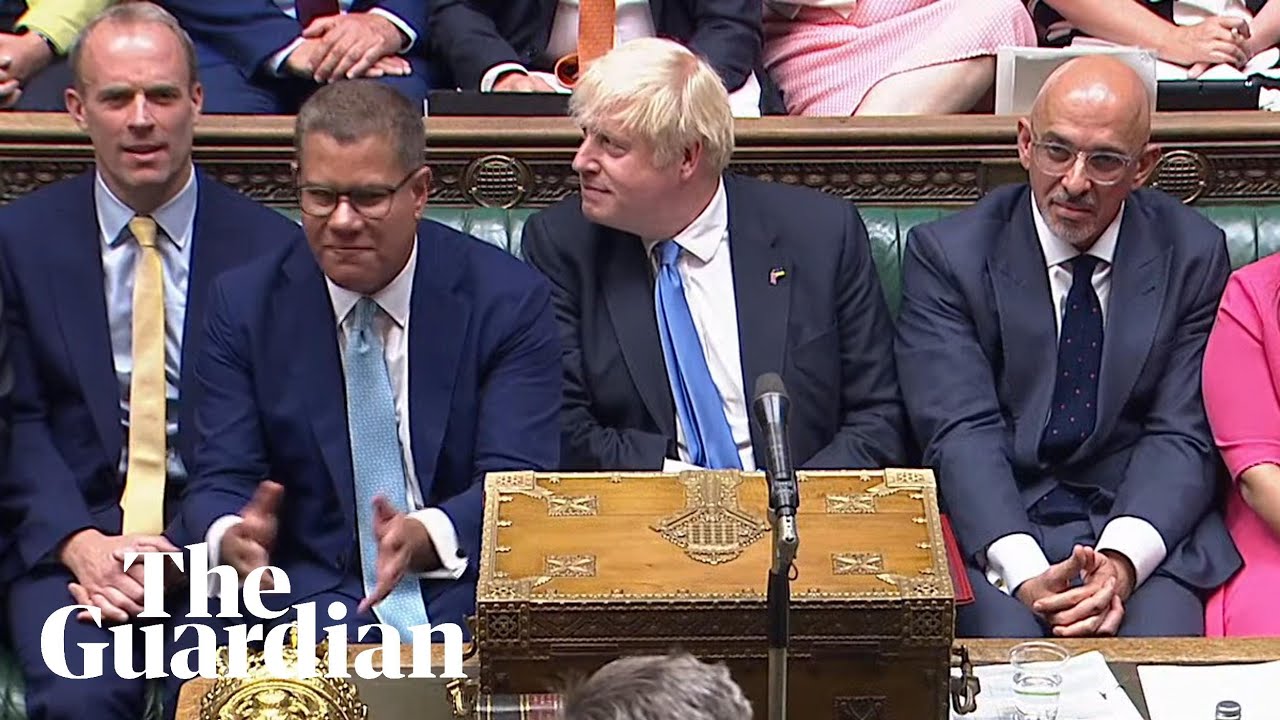 Boris Johnson said ‘hasta la vista, baby’ – but is he thinking ‘I’ll be back’?

Few would rule out the prime minister staging a comeback, if only to prove his opponents wrong
Having departed the dispatch box with the words “hasta la vista, baby” and told MPs “mission largely accomplished – for now”, Boris Johnson was typically attention-seeking during his final prime minister’s questions.

Though Conservative party rules prevented him from standing in this leadership election, few would rule out him attempting an audacious second crack at being prime minister in the future.

“He won’t want to go out in this way, although he got his standing ovation – albeit not from Theresa May,” added Purnell.

“He’s always measuring himself against others. That’s what you are trained to do at Eton. He’ll constantly be looking at who managed to stay in for how long. And three years for him is pretty poor showing and he won’t like that.

“But even more than that, he just wants to be “Top Dog”. Forget “Big Dog”. He’s programmed to win. Then once he wins he doesn’t care about it. It’s all about the winning, so he will see this as a challenge.”

Several former UK prime ministers have bounced back to be re-elected. Sir Winston Churchill, Johnson’s hero, was PM twice, though he, and Labour’s Harold Wilson who achieved the same, did not resign as party leaders in the interim.

“I think you’d have to go back to the 19th century to see people going in and out [without remaining as party leader],” said Tim Bale, a professor of politics at Queen Mary University of London, and author of The Conservatives Since 1945.

William Gladstone was prime minister, then resigned as Liberal leader in 1874, but was subsequently elected prime minister on three other occasions.

“Certainly in the 20th century you don’t see people making comebacks in this way,” said Bale. “It’s not something that even Johnson’s great hero [Churchill] has done.”

A Johnson comeback was possible but unlikely, Bale believed. The fact Johnson has been referred to the privileges committee over Partygate, which could result in his suspension, would be a huge obstacle, he added. A report from the House of Commons privileges committee on Thursday made clear that Johnson could be forced to face a byelection in his Uxbridge constituency if he is found to have misled MPs over Partygate.

The former No 10 aide Dominic Cummings, now Johnson’s nemesis, claimed the prime minister is supporting Liz Truss’s leadership campaign as he thinks “she’ll blow and he can make a comeback”.

Johnson’s supporters still want to circumvent the rules by having a separate ballot of party members before the final leadership runoff, with a simple yes/no on whether to accept his resignation.

Other parties have re-elected the same leader after resignation, such as Alex Salmond reclaiming leadership of the Scottish National party and Nigel Farage at Ukip.

And Johnson cannot resist a challenge. Those who have observed him closely think he believes fortune changes, and that disasters are never quite as final as people think.

“He’s 58. He will think of himself in the prime of life. He will think he’s learned a lot by being prime minister. And he’s alluded to the fact he was undefeated at an election. So, I would be very surprised if he excludes [a comeback],” said the Johnson biographer Andrew Gimson, whose book Boris Johnson: Portrait of a Trouble Maker at No 10 is published in September.

Johnson was already the comeback kid, said Gimson. “He was spoken of as perhaps the next Tory prime minister as soon as he got into parliament. Then he got into terrible trouble at the end of 2004, Liverpool and the ‘inverted pyramid of piffle’. It all went wrong.

“There was a vacancy after Michael Howard had lost the 2005 election. Johnson couldn’t stand. Too few MPs thought he was reliable. So he backed Cameron. Then Cameron wouldn’t promote him because he didn’t want a loose cannon old Etonian stealing his thunder. So Boris’s upward path at Westminster was blocked.”

“He could have done a Piers Morgan, become a highly paid TV person, and do very well-paid columns, and make a great deal of money as a media star,” Gimson added. But instead he stood against Ken Livingstone as London mayor. “That demonstrated how committed Boris Johnson is to politics.”

From publishing a 2,500-word ministerial statement on his “achievements”, to his resignation speech outside No 10, “he is not leaving as a broken man, or a man who feels that’s the end”, said Gimson.

“In other words, he’s saying they stampeded like a lot of frightened buffalo. That he was done in by the lily-livered parliamentary party. And, although he had become very unpopular in the ConservativeHome polls, there are still quite a lot of members who think highly of him. So, watch this space.

“He will know that some members of the public will like the sheer implausibility of a comeback by someone who seems to be down and out. And he will want to prove to all the people who danced on his grave that he is not actually dead.”
#Boris Johnson  #Nigel Farage  #Johnson

Ya ya ya 188 days ago
If British people have lost confidence in Johnson’s leadership on domestic issues, why do they still follow him like sheep on international issues? What moral authority does Johnson (dubbed the “serial liar” have to tell the rest of the what values they should adopt and what actions they should take?
View all comments (1)Add comment