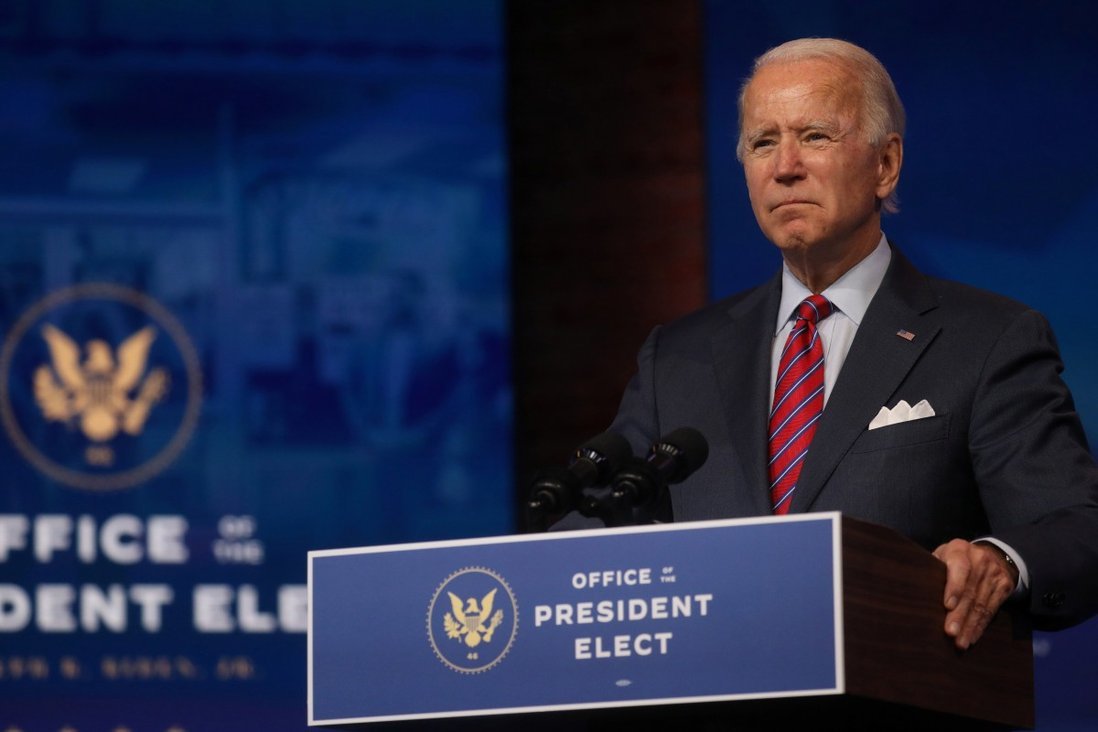 California’s approval of Biden’s win in the state brought his tally of pledged electors so far to 279, which is just over the 270 threshold for victory.

California certified its presidential election on Friday and appointed 55 electors pledged to vote for Democrat Joe Biden, officially handing him the Electoral College majority needed to win the White House.

Secretary of State Alex Padilla’s formal approval of Biden’s win in the state brought his tally of pledged electors so far to 279, according to a tally by Associated Press. That is just over the 270 threshold for victory.

These steps in the election are often ignored formalities. But the hidden mechanics of electing a US president have drawn new scrutiny this year as President Donald Trump continues to deny Biden’s victory and pursues increasingly specious legal strategies aimed at overturning the results before they are finalised.

Although it’s been apparent for weeks that Biden won the presidential election, his accrual of more than 270 electors is the first step toward the White House, said Edward B. Foley, a law professor at Ohio State University.

“It is a legal milestone and the first milestone that has that status,” Foley said.

“Everything prior to that was premised on what we call projections.”

The electors named on Friday will meet on December 14, along with counterparts in each state, to formally vote for the next president. Most states have laws binding their electors to the winner of the popular vote in their state, measures that were upheld by a Supreme Court decision this year. There have been no suggestions that any of Biden’s pledged electors would contemplate not voting for him.

Results of the Electoral College vote are due to be received, and typically approved, by Congress on January 6. Although lawmakers can object to accepting the electors’ votes, it would be almost impossible for Biden to be blocked at that point.

The Democratic-controlled House and Republican-controlled Senate would both vote separately to resolve any disputes. One already has arisen from Pennsylvania, where 75 Republican lawmakers signed a statement on Friday urging Congress to block the state’s electoral votes from being cast for Biden.

But the state’s Republican Senator, Pat Toomey, said soon afterward that he would not be objecting to Pennsylvania’s slate of electors, underscoring the difficulty in trying to change the election results through Congress.

“As a practical matter, we know that Joe Biden is going to be inaugurated on January 20,” Foley said.

That was clear in the days after the election, when the count of mail ballots gradually made clear that Biden had won victories in enough states to win the Electoral College. It became even more apparent in late November, when every swing state won by Biden certified him as the winner of its elections and appointed his electors to the Electoral College. Trump has fruitlessly tried to stop those states from certifying Biden as the winner and appointing electors for the former vice-president.

He made no effort in deeply Democratic California, the most populous state in the nation and the trove of its largest number of electoral votes. Three more states won by Biden – Colorado, Hawaii and New Jersey – have not yet certified their results. When they do, Biden will have 306 Electoral College votes to Trump’s 232.

Trump and his allies have brought at least 50 legal cases trying to overturn the results in the swing states Biden won – mainly Arizona, Georgia, Michigan, Pennsylvania and Wisconsin. More than 30 have been rejected or dropped, according to an AP tally.

Trump and his allies have also raised the far-fetched notion that Republican state legislatures in those states could appoint a rival set of electors pledged to Trump.

But state Republican leaders have rejected that approach, and it would likely be futile in any case. According to federal law, both chambers of Congress would need to vote to accept a competing slate of electors. If they don’t, the electors appointed by the states’ governors – all pledged to Biden in these cases – must be used.

The last remaining move to block the election would be the quixotic effort to vote down the electors in Congress.

This tactic has been tried – a handful of congressional Democrats in 2000, 2004 and 2016 objected to officially making both George W. Bush and Trump president. But the numbers were not enough to block the two men from taking office.

Oh ya 86 days ago
Ok Dems dont pee your pants in excitement, Trump can and should use the same laws as Lincoln and cancel the election results
View all comments (1)Add comment