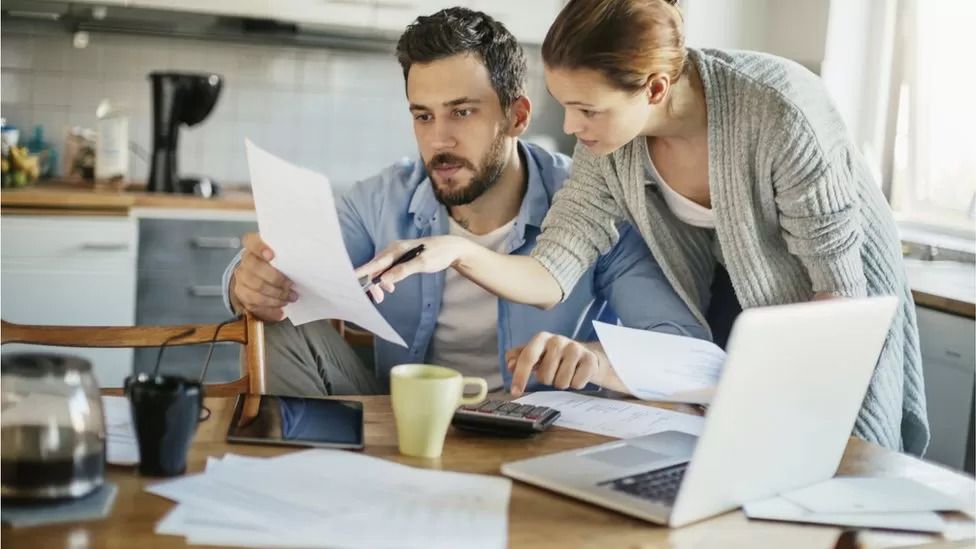 The Bank said it was "monitoring developments closely" and would make a decision on any action in November.

Its statement came after the Treasury said it would publish a plan to tackle debt in a bid to reassure investors.

The pound fell again after the two statements and some UK lenders said they were halting new mortgage deals.

Halifax, the UK's largest mortgage lender, said it would temporarily withdraw all mortgage products that come with a fee due to the market volatility.

Experts said a rise in the cost of long-term borrowing due to the market turmoil meant the cost to lenders of offering new mortgage deals was too expensive.

Sterling fell to an all-time low earlier against the US dollar after Chancellor Kwasi Kwarteng pledged further tax cuts at the weekend on top of Friday's mini-budget where he announced the biggest tax cuts in 50 years.

The pound had been sliding as global markets reacted to the sharp increase in government borrowing required to fund the cuts.

A weak pound makes it more expensive to buy imported goods and risks pushing up the rising cost of living even further. Imports of commodities priced in dollars, including oil and gas, are also more expensive.

UK inflation, the rate at which prices rise, is already rising at its fastest rate for 40 years.

Some economists had predicted the Bank of England would call an emergency meeting in the coming days to raise interest rates in a bid to stem the fall, as well as calming rising prices.

But the Bank of England instead said it was "monitoring developments in financial markets very closely" and would make a full assessment at its next meeting on 3 November.

Investors are now predicting that interest rates could more than double by next spring to 5.8% from their current 2.25%, to curb high inflation, which is expected to be fuelled by the huge tax cuts announced in Friday's mini-budget.

Samuel Tombs, chief UK economist at Pantheon Macroeconomics, said if interest rates rise as predicted, the average household refinancing a two-year fixed rate mortgage in the first half of next year would see monthly payments jump to £1,490 from £863.

"Many simply won't be able to afford this," he said.

The market volatility following Mr Kwarteng's mini-budget has also been linked in part to the government's decision not to publish a forecast of expected UK growth and government borrowing from independent forecaster the Office for Budget Responsibility.

Martin Weale, Professor of Economics at King's College London and former member of the Bank of England's Monetary Policy Committee, which votes on interest rates, told BBC Radio 4's PM programme that people "are concerned that the government has no plan for bringing the national debt under control."

"Sterling has fallen because market traders have been frightened by the government's policies, and I think they got further frightened by the sense over the weekend that this was only the first instalment of some tax cuts."

But Lord David Frost, Conservative peer and former chief Brexit negotiator, said the reaction on global markets was "an overreaction".

"I don't think anything has gone wrong, actually, Liz Truss promised change, a different economic approach to get us back to growth and away from stagnation."

He said as part of this change in approach, interest rates would rise and the government would need to provide additional support via tax cuts and whilst it would need to reduce spending medium term, the details of that would come in November.

The government said its financial plan set for 23 November would include full growth and borrowing forecasts from the Office for Budget Responsibility.

It also pledged to set out further details on the government's spending rules, including how it will try to decrease debt.

Paul Dales, chief UK economist at Capital Economics, said given the pound had fallen back since the statements from the Bank and the Treasury the markets "may well need more reassurance and some actual action", saying a change in policy from government or an interest rate hike from the Bank at an emergency meeting before 3 November may be necessary.