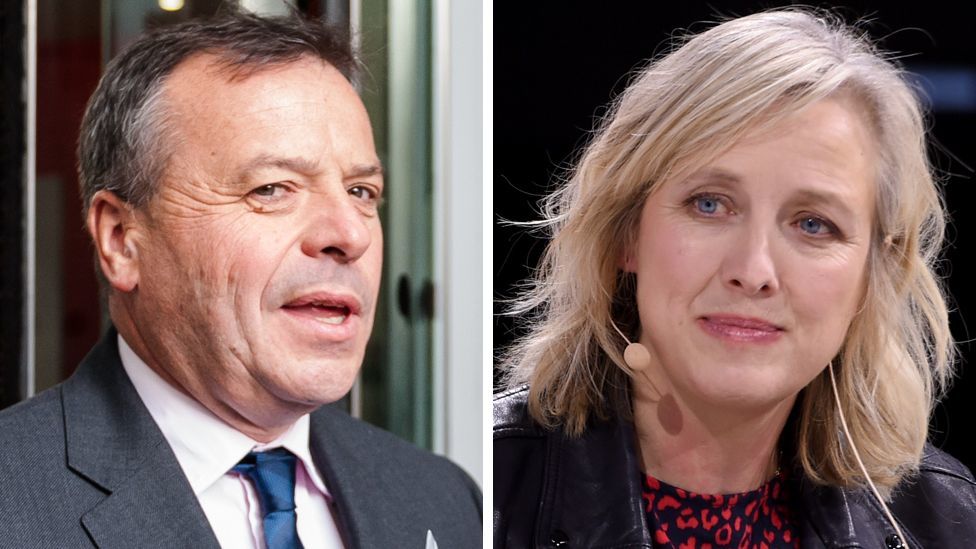 Mr Banks, the founder of the pro-Brexit campaign group Leave.EU, sued Ms Cadwalladr for defamation over two instances in 2019 - one in a TED Talk video and another in a tweet.

Mr Banks claimed he was defamed after comments Ms Cadwalladr made about his relationship with the Russian state.

The judgement from the High Court follows a five-day hearing in January.

The case, which has been going on for nearly three years, centred on comments Ms Cadwalladr made in a TED talk which has been viewed more than five million times since it was broadcast online in April 2019.

In the talk, she said: "And I am not even going to get into the lies that Arron Banks has told about his covert relationship with the Russian government."

According to the judgement from Mrs Justice Steyn:

*  The single meaning of Ms Cadwalladr's words was that: "On more than one occasion Mr Banks told untruths about a secret relationship he had with the Russian government in relation to acceptance of foreign funding of electoral campaigns in breach of the law on such funding"


*  Ms Cadwalladr said she did not intend to make that allegation, and accepts it was untrue


*  But Mrs Justice Steyn said: "I accept the TED talk was political expression of high importance, and great public interest (in the strictest sense), not only in this country but worldwide"


*  The tweet, which Mr Banks also complained about, had not caused "serious harm" to his reputation


*  The judge said if she had found the tweet had caused "serious harm" to Mr Banks' reputation she would have concluded Ms Cadwalladr's belief that the tweet was in the public interest was also reasonable.

"I am so profoundly grateful and relieved," said Ms Cadwalladr, who first reported the Cambridge Analytica data scandal where harvested data was used during elections.

Writing on Twitter after the judgement, she thanked her legal team and the 29,000 people who contributed to her legal defence fund, saying: "I literally couldn't have done it without you."

She said the last three years had been "extraordinarily difficult" and hoped no other journalists had to go through this "crushing, debilitating, all-consuming experience".

Mr Banks congratulated the investigative journalist on winning, but said he would "likely" appeal against the court judgement.

"It leaves open for the journalist the excuse that she thought what she said was correct even though she had no facts," he posted on Twitter.

The High Court judgement "is an important vindication" for Ms Cadwalladr, said the journalist's legal team.

Keith Mathieson from law firm RPC, which represented Ms Cadwalladr, said the judgement supports the public interest defence and the "protection it offers journalists, bloggers and others to contribute to public debate on serious issues".

Rebecca Vincent, from the press freedom campaign group, Reporters without Borders, described it as a victory for journalism.

It was not just Ms Cadwalladr's reputation at "stake", but also the "ability of the press to report freely on such issues".

"If Arron Banks had won today that would have a very different impact on the UK's press freedom climate so we're very pleased that it's gone the way that it has," she told the BBC.

One of the questions raised in this case is why, amidst all the thousands of articles and broadcasts about Brexit, Arron Banks and Russia, did a few sentences in a TED talk and a tweet lead to a libel trial?

Carole Cadwalladr clearly felt this was a personal assault on her.

The word SLAPP was raised during the trial. A SLAPP is a "strategic lawsuit against public participation" and is a phrase to describe the way in which the wealthy and powerful can threaten critics with often frivolous lawsuits that they cannot afford to contest.

This was certainly a personal battle between Mr Banks and Ms Cadwalladr. She had spent years investigating and reporting on the alleged links between the Brexit campaign and Russia.

Defending this lawsuit was, she says, "crushing" and "debilitating".

Normally journalists have the financial and legal support of a newspaper or a broadcaster. Ms Cadwalladr had to rely on 29,000 people who contributed to her legal defence fund.

However, the judge did not consider this to be a SLAPP saying this case was "legitimate" and "it is neither fair nor apt to describe this as a SLAPP suit".

Nevertheless, it is worth noting the toll such a case can take on an individual. Ms Cadwalladr has written about its effect on her over the last three years and the cost of defending herself. Individuals can, in the age of social media, reach huge audiences but it has its risks.