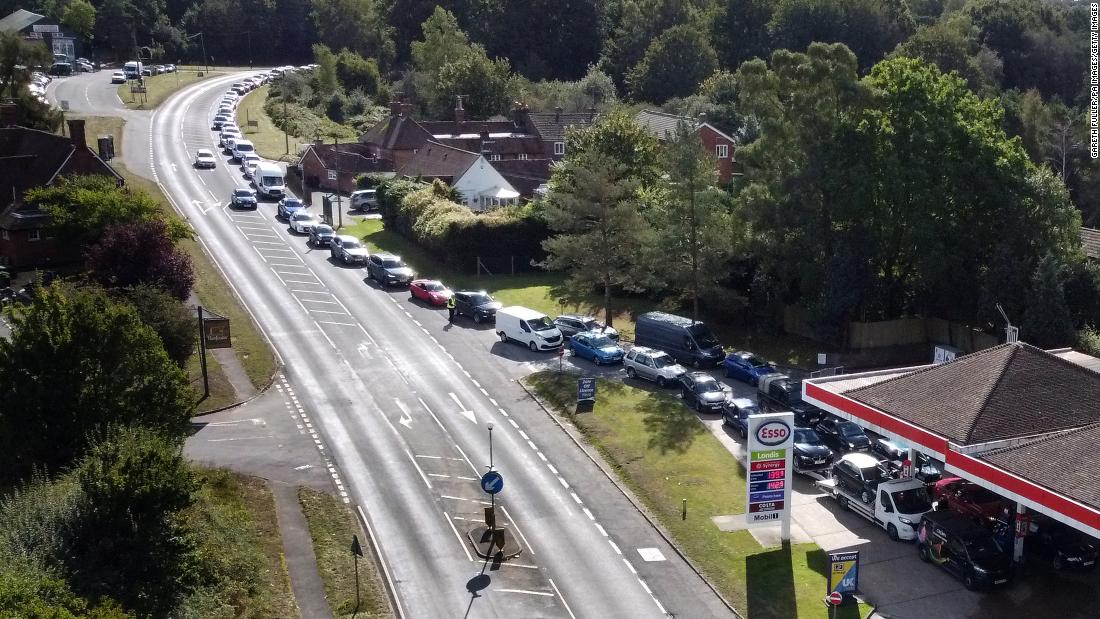 4 things to know about the UK gasoline crisis

A fuel crisis that threatened to stop the world's fifth largest economy in its tracks appears to be easing.

For nearly a week, British motorists have found service stations closed and long lines at those that still had gasoline and diesel. The shortages provoked an angry response from some members of the public, and made life difficult for drivers across the country.

The root cause was an acute shortage of tanker drivers, exacerbated since the start of this year by Brexit. But panic buying made the situation much worse. Emergency government action designed to ease the crisis — including putting army truck drivers on standby — may do little to fix the underlying problem.

Here are four things to know about the crisis.

Things are finally getting better

There are now signs that shortages at the pumps are easing. The Petrol Retailers Association, which represents independent fuel suppliers, said Wednesday that about 27% of the 5,450 service stations it monitors were without fuel, down from 37% on Tuesday and 66% earlier this week.

"I think in the next couple of days people will see some soldiers driving the tanker fleet," UK Business Secretary Kwasi Kwarteng told reporters on Wednesday. "The last few days have been difficult," he admitted. "We've seen large queues but I think the situation is stabilizing."

Oil companies including BP (BP), Royal Dutch Shell (RDSA) and Exxon Mobil (XOM) said in a statement distributed by the government earlier this week that "there is plenty of fuel at UK refineries and terminals."

But suppliers couldn't get enough of it to service stations for two reasons.

First, there is a shortage of tanker drivers in the United Kingdom. That was underscored last week when BP was forced to temporarily close some of its stations for the second time in as many months because there weren't enough drivers.

The second problem: British drivers reacted to the BP closures by rushing to buy gasoline, emptying many of the country's 8,380 service stations.

The shortage of truck drivers in the United Kingdom goes back years but it has been exacerbated recently by the pandemic, which delayed the issue of new licenses, and Brexit, which resulted in tens of thousands of EU nationals leaving trucking jobs and other occupations in Britain. Since the start of this year, new post-Brexit immigration rules have made it even harder for many of them to return.

According to the Road Haulage Association, the country is short around 100,000 truck drivers. Last month, the UK government said that "most of the solutions" to the crisis would be driven by employers offering better pay and conditions, and that it did not want to rely on workers from outside Britain.

Prime Minister Boris Johnson was forced into a U-turn last weekend when he agreed to issue temporary visas for 5,000 more truck drivers and 5,500 poultry workers to help process Christmas turkeys. But he signaled Tuesday that a further relaxation of immigration laws is unlikely.

"What I don't think that people in this country want to do is fix all our problems with uncontrolled immigration," he said. 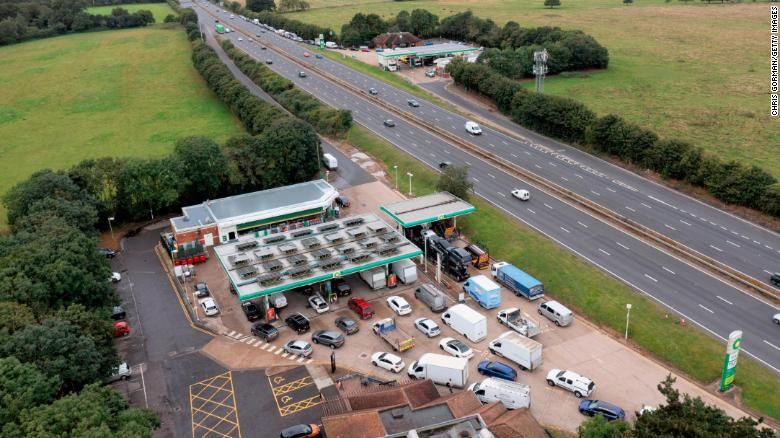 The UK government's emergency measures include the temporary visas for foreign truck drivers and a suspension of competition law to allow suppliers to deliver fuel to rival operators. In addition to using army drivers, it's also mobilized a "reserve tanker fleet."

But it's not clear whether foreign truck drivers want jobs in the United Kingdom. The temporary visas are only good through Christmas Eve, and many drivers complain of low pay and unpleasant working conditions in the country, including a shortage of clean rest stops. That means the UK economy remains at risk.

Ruby McGregor-Smith, president of the British Chambers of Commerce, said that offering only 5,000 visas was insufficient, comparing it to "throwing a thimble of water on a bonfire."

"Without further action, we now face the very real prospect of serious damage to our economic recovery, stifled growth as well as another less than happy Christmas for many businesses and their customers across the country," she said in a statement.